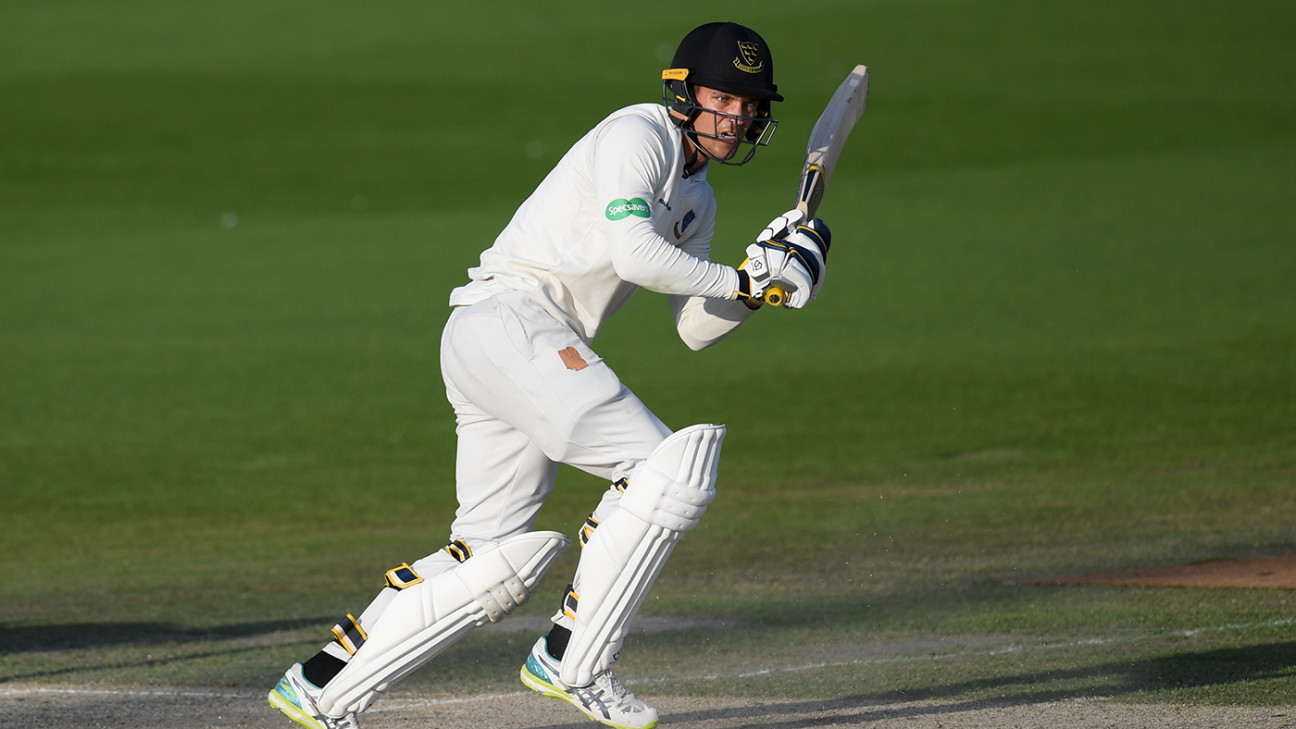 Two highly-coveted crowns are the Test captaincy and the Test wicketkeeper. Tim Paine currently holds both, and has just retained the Ashes, yet there is a clamour to anoint Alex Carey as the heir. But while all the conversations happen around him, Carey knows all too well, through losing his dream of playing professional football in the Australian Football League, to an initial false start in professional cricket as a batsman only with South Australia, that there are no guarantees in sport or life.

“I appreciate the support of people who have put my name forward,” Carey told ESPNcricinfo. “But I’m lucky enough to learn in my sporting journey so far that until your name is picked in a team then anything can change. I see it as something that I’ve dreamed about doing, playing Test cricket, and something I’m playing cricket for is to get better and be that No.1 wicketkeeper in Australia and the world. But until that happens things can change really quickly.

“I’m pretty lucky to be in the white-ball squads so that’s keeping me pretty busy. I’m loving that at the moment. Learning that role through the middle order, which is something I haven’t done a lot of, so I want to get better at that role in finishing games off for Australia, like an MS Dhoni or a Jos Buttler does. I’ve got lots of things I’m working on.”

Carey’s greatest challenge is how to gain more experience in first-class cricket. Due to his role as the T20I and ODI wicketkeeper and vice-captain he played just two Shield matches for South Australia last summer. His last was in early December 2018, where he made just his second first-class century against New South Wales.

He managed to play two first-class games in England a couple of months ago, just the 30th and 31st of his career. The first with Sussex was in the midst of his stint in the T20 Blast and the second as a late call-up to Australia’s tour game against Derbyshire. Carey made consecutive half-centuries for Sussex and relished the chance to play some long-form cricket.

“It was something I always wanted to do was to play some County Championship cricket so I was lucky enough to do that, but we didn’t have too much time to prepare,” he said. “It’s probably similar to this first Shield game. It’s all been a lot of one-day and T20 cricket leading up and then get out the red balls a couple days before and make sure you’re leaving the right ones and playing the right ones.”

“If I sit down for an hour with him and have a coffee, more times than not we don’t talk about the game too much”

Alex Carey on his friendship with Adam Gilchrist

Carey has found the mental shift to long-form cricket more difficult than the technical.

“Batting-wise it’s just mindset,” he said. “You can bat all day and be really disciplined and patient and not get ahead of yourself. I found in white-ball cricket I learned that there’s a lot more time than you think. And with the red ball, it’s being disciplined for long enough.”

Carey’s batting record in first-class cricket doesn’t jump off the page with just two centuries in 55 innings and an average of 31.38. What that doesn’t account for is the adjustment he has had to make batting in the lower order. He started life in grade cricket in Adelaide as a top-order batsman for Glenelg. Batting at No.7 as a wicketkeeper has required a recalibration in terms of learning how to play to the situation.

“I think it’s trusting my game. If we’re five down for not many you always think ‘if I get out, there’s not a lot more to come,’ so it’s trusting my game and not worrying about if we lose a wicket, exposing the bowlers. But I’ve also got to keep playing my shots because I think that’s the best way I play.”

Carey has many outstanding mentors in his corner. South Australia coach Jamie Siddons has been one of his key backers over recent years and Carey said his coach often encourages him to play with positive intent. “He’s a really good guy, I like to talk to about being fearless, playing with freedom, playing with confidence,” Carey said. “He’s been really supportive of my game.”

Siddons believes Carey has the technique and the temperament for Test cricket even if he did wish he could buy him more time to play more first-class games for South Australia.

“If they throw him into all forms, and in Test cricket, it will be a challenge.” Siddons told ESPNcricinfo. “But his technique and everything is up for it. He hasn’t played many four-day games. It’s been a really quick rise. He’ll survive. He’ll thrive in that environment, I’ve got no doubt.”

Carey also credited Australia coach Justin Langer and batting coach Graeme Hick in terms of his technical development, which could be seen during his outstanding World Cup.

“I’ve loved working with Justin Langer in this short amount of time,” Carey said. “I think he’s improved my technique. We did a lot of technical work making sure I’ve got a sound game for all three formats now and I think that’s really been helped along with Graeme Hick. Even with the white ball, I speak to Hicky a lot about staying calm. You can come in with two or three overs to go but you’ve still got to stay calm and watch the ball and normally I score as well as I do when going out and trying to hit every ball for six.”

Former Australian wicketkeeper Brad Haddin has been vital to his glovework. Carey broke the Sheffield Shield dismissal record in the 2016-17 season with 59 but he said his keeping has come on again since working with Haddin and he will continue to do so even though Haddin has stepped back from his Australian assistant coaching role.

“The short time I’ve been in the Australian system he’s been incredible. I said to him if he’s not working with us I still need to catch up and have a catch.”

Carey also counts Australia’s greatest wicketkeeper-batsman Adam Gilchrist as a mentor and a friend, but the pair rarely talk technique whenever they catch up over coffee.

“It’s a bit of weird one. I don’t ask too much for advice about my technique, how am I catching them, how am I hitting them, it’s more about how are you enjoying it and how’s everything off the field. It’s normally just getting me in a good mental state of going out and playing with some fun and some freedom. Obviously, that’s the way he did it and he did pretty well. If I sit down for an hour with him and have a coffee, more times than not we don’t talk about the game too much.”

Getting away from what can be an all-consuming game is a challenge for some players but Carey has no trouble. His world revolves around his young son Louis and his wife Eloise. “Louis has changed my world. Come home from a day of cricket, good or bad, he takes my mind off it straight away.”

A crown Carey would love is a Sheffield Shield title, but whether he gets that chance in his increasingly demanding schedule is a different question. He played in back-to-back Shield finals in 2016 and 2017 but failed to win the title on both occasions. He could play four games prior to Christmas for South Australia around six T20Is for Australia.

“I’m really excited,” he said. “If we can play our best cricket it’s definitely good enough. It wasn’t too long ago we played in back-to-back finals and just fell short. Last year was quite a tough year. It’s time to start putting our hands up and winning games for South Australia.”