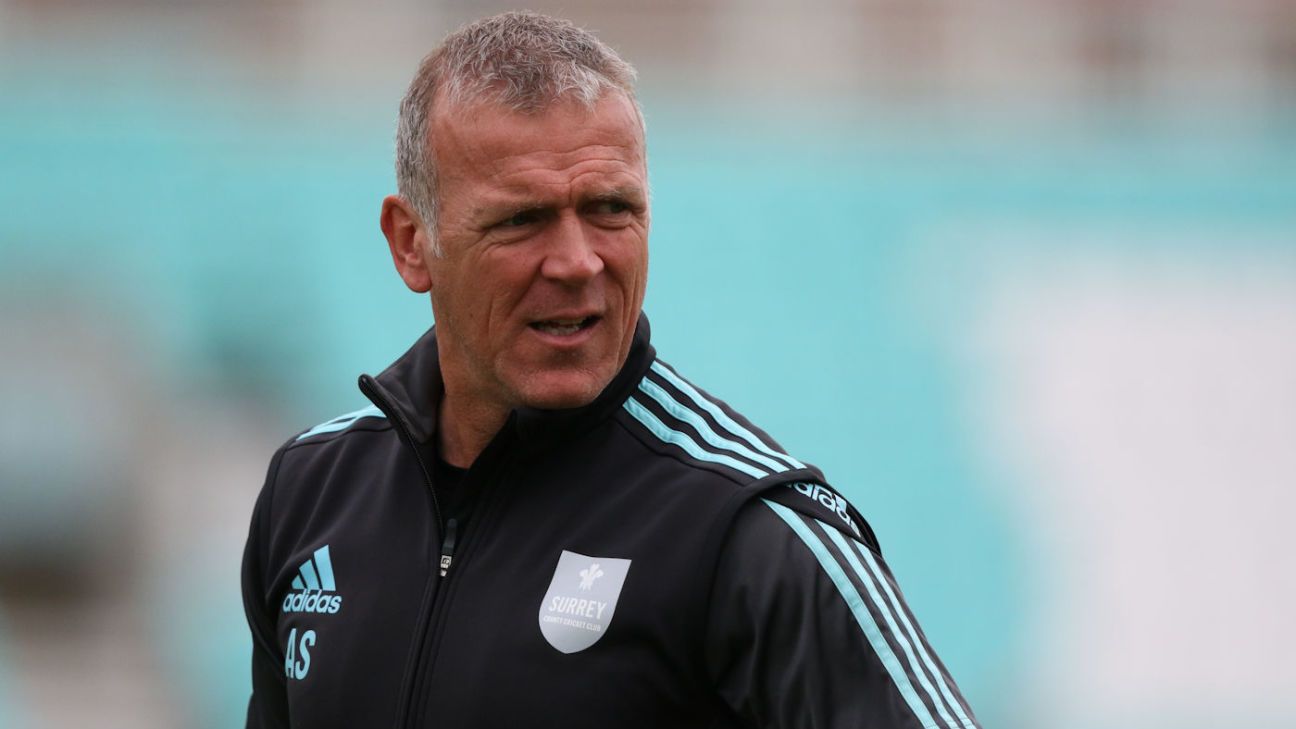 Alec Stewart is understood to have withdrawn from the race to become England’s head coach.

Stewart, the director of cricket at Surrey, was shortlisted for the role and asked to an interview this week.

But it is understood that he notified the ECB over the weekend that he was no longer available for the position. It is believed he cited family reasons and a reluctance to embrace the touring lifestyle that is an unavoidable part of the job description.

Stewart has also always insisted he is happy in his position at Surrey where he remains one of the most respected figures in the English game.

Stewart’s withdrawal would appear to have left the path clear for Gary Kirsten or Graham Ford to fill Bayliss’s shoes with Kirsten probably the favourite.

While Kirsten told ESPNcricinfo in June that he would not be interested in a role coaching England in all formats of the game, his circumstances have changed a little. He has been sacked from his job at RCB in the IPL and is understood to have been given some assurances that he would not necessarily be expected to travel with the England team at all times.

Both Kirsten, who led India to the 2011 World Cup and South Africa to No. 1 in the Test rankings, and Ford, who has had roles with Kent and Surrey in county cricket, have outstanding coaching records.

There may be some discomfort at the ECB, however, that both men are South African. Having appointed no English coaches to senior roles in the men’s teams for The Hundred, the withdrawal of Stewart means the England coach will once again be an appointment from overseas.