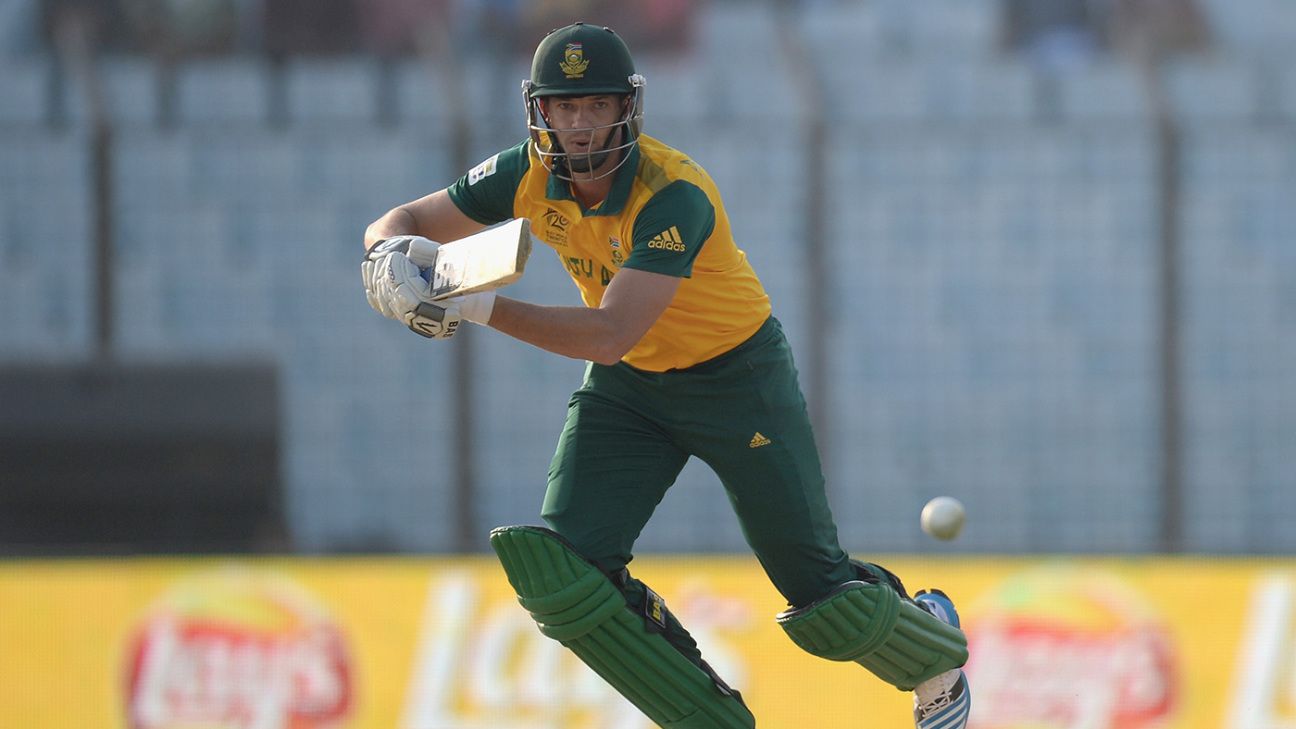 Albie Morkel, the South Africa and Titans allrounder, announced his retirement from all forms of cricket on Wednesday, ending a professional career that has spanned nearly 20 years.

Morkel played one Test, 58 ODIs and 50 T20Is for his country, scoring 1412 runs and picking up 77 wickets across formats. He was an especially effective force in short-form cricket, both at home and abroad. He was an IPL champion with Chennai Super Kings – his 91 wickets making him the third-highest wicket-taker for the franchise – and he captained the Titans to a hat-trick of T20 titles from 2015-16 to 2017-18. So effective was he with his big-hitting abilities and canny medium-pace that he was brought into the South Africa squad for the World T20 in 2014 after he publicly admitted that his international career was over.

That’s the end for me and what a journey it’s been! Plenty of memories good and bad, but I was blessed with a very long career. Thanks @Titans_Cricket @OfficialCSA, will enjoy the game now from the other side. pic.twitter.com/sXik0KYFbz

“Time has run out for me on the cricket field, and I would like to announce my retirement from the game.” Morkel said in a Titans press release. “The last 20 years of my life took me on an incredible journey, with so many awesome memories that I will cherish forever.”

Titans’ chief executive officer Dr Jacques Faul said plans for a farewell match were being put in place. “He deserves a send-off, and also a chance for the Titans fans to say a fond farewell. It wasn’t just for Titans that he was a massive player, because he also served the Proteas with distinction.”

“I would like to thank Jacques Faul and everyone involved at the Titans for giving me the opportunity to live my dream,” he said. “The squad is in a healthy state and I’m looking forward to seeing the progress that the younger players will make. I will forever be a big Titans fan.”

” I want to say a big thanks to Cricket South Africa, because it was a huge honour to represent my country. Thank you to my family, friends, supporters and sponsors who were there for me through thick and thin, and most importantly my wife who played an unbelievable supporting role, allowing me to do what I love.

“Professional sport can be a ruthless space to operate in, and it’s impossible to do it without a solid support system. Thank you so much.”

It feels like yesterday we were 2 boys dreaming in the backyard about the game we love!! Well done on a magnificent career…proud to call you my brother!! @albiemorkel ❤️ pic.twitter.com/zI4McvGpDB

Morkel has committed himself to a Titans tour later this year before “enjoying the game from the other side of the rope”. His brother Morne had retired from international cricket last year, although he is still active as a Kolpak player for Surrey in the English county circuit.