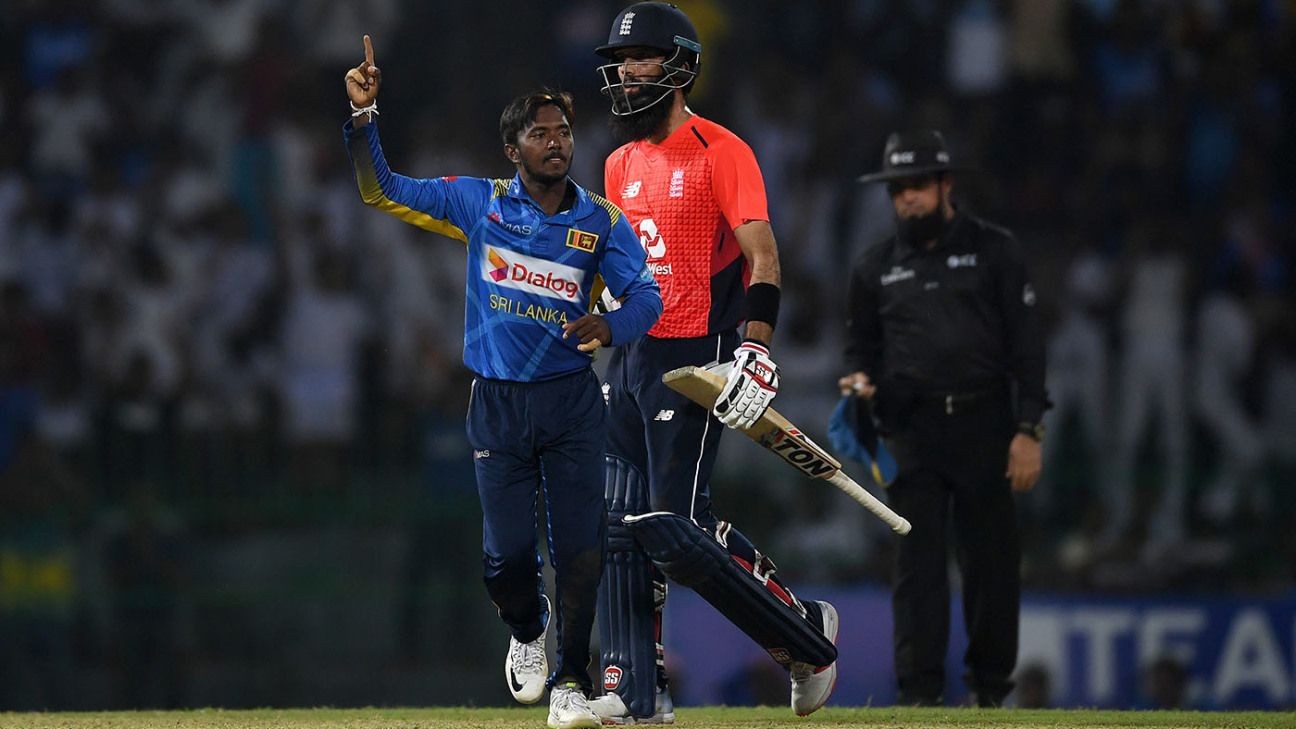 Akila Dananjaya is set to fly to Chennai on Friday morning to reassess his bowling action, as Sri Lanka Cricket looks to fast track his return to the international fold ahead of their tour of South Africa later this month.

“Spinner Akila Dananjaya will fly to Chennai, India tomorrow morning (February 1, 2019) to reassess his bowling action,” an SLC release confirmed. “The reassessment will take place at the Center for Sports Science (CSS) of the Sri Ramachandra Institute of Higher Education and Research in Chennai.”

Dananjaya, who will be accompanied on the journey by spin coach Piyal Wijetunge, was reported for a suspect action during England’s tour of Sri Lanka late last year. He was officially banned from bowling in international cricket in December, after an independent biomechanics assessment found that he was flexing his arm beyond the allowed 15-degree limit.

Since then, the 25 year-old has been working tirelessly alongside Wijetunge to remodel his action, and to ensure it hasn’t dulled his effectiveness. The work itself has been made easier by the fact that it was solely his stock offbreak which is believed to have run foul of the ICC guidelines.

As the ban allowed for him to bowl in domestic cricket, provided SLC consented, Dananjaya was seen turning out for Colts CC last month, with cameras placed all around to capture his action. Having analysed that footage SLC is now confident his new action is within the legal limits. Meanwhile, any concerns over his continued effectiveness were placated by a return of 4 for 104 in 30 overs.

Dananjaya has been one of Sri Lanka’s main threats in limited-overs cricket in recent times, taking 28 ODI wickets at an average of 23 from 16 matches in 2018, and a further 27 wickets at 24.25 in Tests.