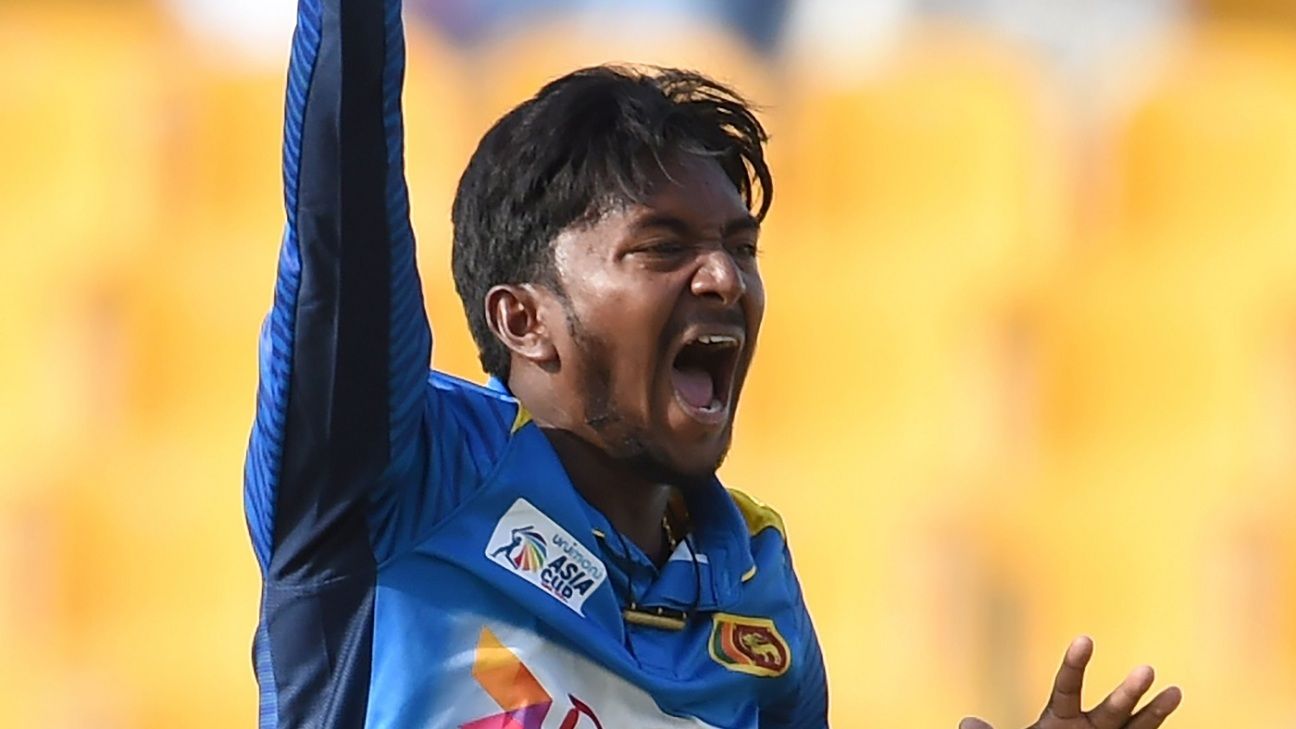 Spinner Akila Dananjaya has had his bowling action cleared by the ICC and has been included in Sri Lanka’s squad for the five-ODI series in South Africa.

Dananjaya’s action had been reported during England’s tour of Sri Lanka late last year. He was then officially banned from bowling in international cricket in December, after an independent biomechanics assessment found that he was flexing his arm beyond the allowed 15-degree limit, when bowling the offbreak, his stock ball.

After working on his action, Dananjaya was tested in Chennai and the results declared his bowling action to be legal.

The return of the 25-year old will be a major boost for a depleted Sri Lankan attack ahead of what promises to be testing ODI and T20I series against South Africa in the coming weeks.

As the ban allowed him to bowl in domestic cricket, Dananjaya turned out for Colts CC earlier this year and the SLC has been impressed with what they have seen.

Dhananjaya has been one of Sri Lanka’s main threats in limited-overs cricket in recent times, taking 28 ODI wickets at an average of 23 in 2018, and a further 27 wickets at 24.25 in Tests.