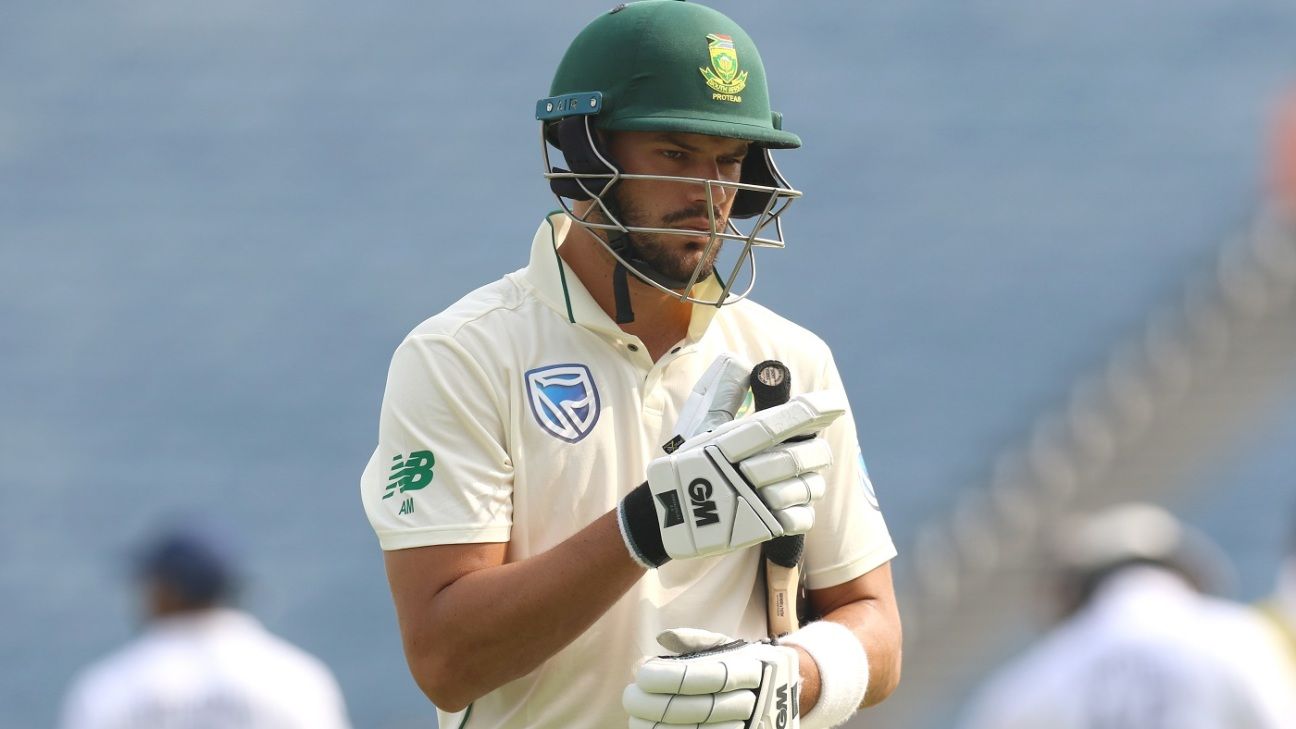 Aiden Markram is in a race against time to find fitness and form for South Africa’s next international assignment against England at home. Markram fractured his wrist by “lashing out at a solid object,” after his second innings dismissal in the second Test against India in Pune. He has been put in a cast until the end of November and will miss the Mzansi Super League. A full recovery could take eight weeks, which will run until mid-December. The England series starts on Boxing Day.

In the interim, efforts to speed up Markram’s recovery are being made with the opening batsman undergoing hyperbaric therapy, which involves using high air pressure to accelerate healing. Markram is due to be reviewed by an orthopedic surgeon in five weeks’ time.

By then, the MSL will be at its halfway stage and even if declared fit, Markram will play no part in the T20 tournament. He has been replaced in the Paarl Rocks’ squad by Cobras batsmen Kyle Verreynne. With franchise cricket suspended for the duration of the MSL, Markram will have to wait till December 19 to get in top-tier game time, or he could try playing in the second-tier provincial competition. Time in the middle may be important for 25-year old, who scored just 44 runs from four innings in India and bagged a pair in Pune.

Both captain Faf du Plessis and coach Enoch Nkwe spoke about mental scars that teams can suffer from after touring India, and Markram appears to be one of the players affected. Like several batsmen on their first tour of India, he was undone by foreign conditions, but unlike them, he wasn’t outspun. He was unable to cope with the intensity and unexpected bounce Mohammed Shami and Umesh Yadav generated, a style of bowling he would have been expected to counter, given conditions he usually bats in at home.

If Markram does not recover in time for the first Test against England, South Africa may consider using Quinton de Kock in makeshift capacity, as they did in Ranchi. But, de Kock, who is known for his aggressive batting style managed scores of 4 and 5, and said he didn’t enjoy the experience but would do it again if needed.

“I’ve done it quite a bit at the beginning of my franchise career for the Lions,” he said at the team’s arrival in Johannesburg on Friday. “It wasn’t the best experience if I must be honest. I don’t think I made too many runs or faced too many balls. If the team needs me to open the batting, I am happy to do it but for now, I think the two guys we have at the top there are pretty solid and leading from the front. We’ll see what happens in the future.”

With de Kock also needed as a wicketkeeper lower down the order, South Africa may need to look elsewhere. If they do, Cobras’ Janneman Malan, who has a first-class average of 53.05 may come into consideration, especially after his century in the latest round of first-class fixtures.