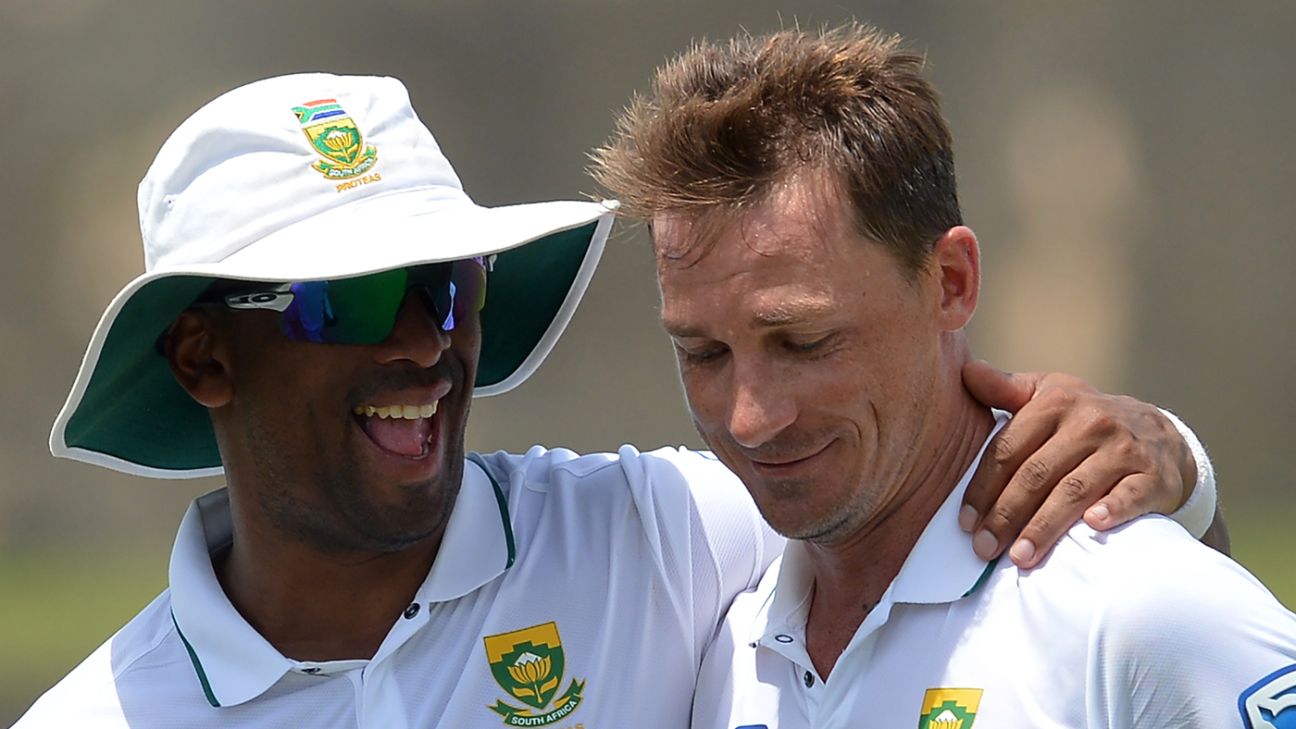 Vernon Philander returned to a four-pronged South African pace attack at Newlands. With Keshav Maharaj dropped from the playing XI for this match, Philander will share the bowling duties with Dale Steyn, Kagiso Rabada and Duanne Olivier as captain Faf du Plessis opted to field first on winning the toss.

There was much discussion, and a touch of uncertainty, around South Africa’s bowling combination for this Test, and du Plessis said on the eve of the match that he would wait to have a look at the pitch on the morning of the Test before deciding on his final XI. The Newlands track is speckled with bare patches, but there is also a patchwork of green grass holding the hairline cracks in the track together. Newlands curator Evan Flint reckoned that the pitch would not exhibit the sort of bounce that was on offer at Centurion, but would offer pace and a good battle between bat and ball.

Pakistan also made one change to their line-up, with Hasan Ali sitting out for Mohammad Abbas, who returns from a shoulder injury and should find conditions at Newlands to his liking. Given the similarities between his method and Philander’s, and the extraordinary success Philander has had here, Abbas could play a pivotal role as the Test develops.

First, however, Pakistan’s top order will have to negotiate the challenge of a first session on a fresh wicket against four of the best Test quicks in the world.