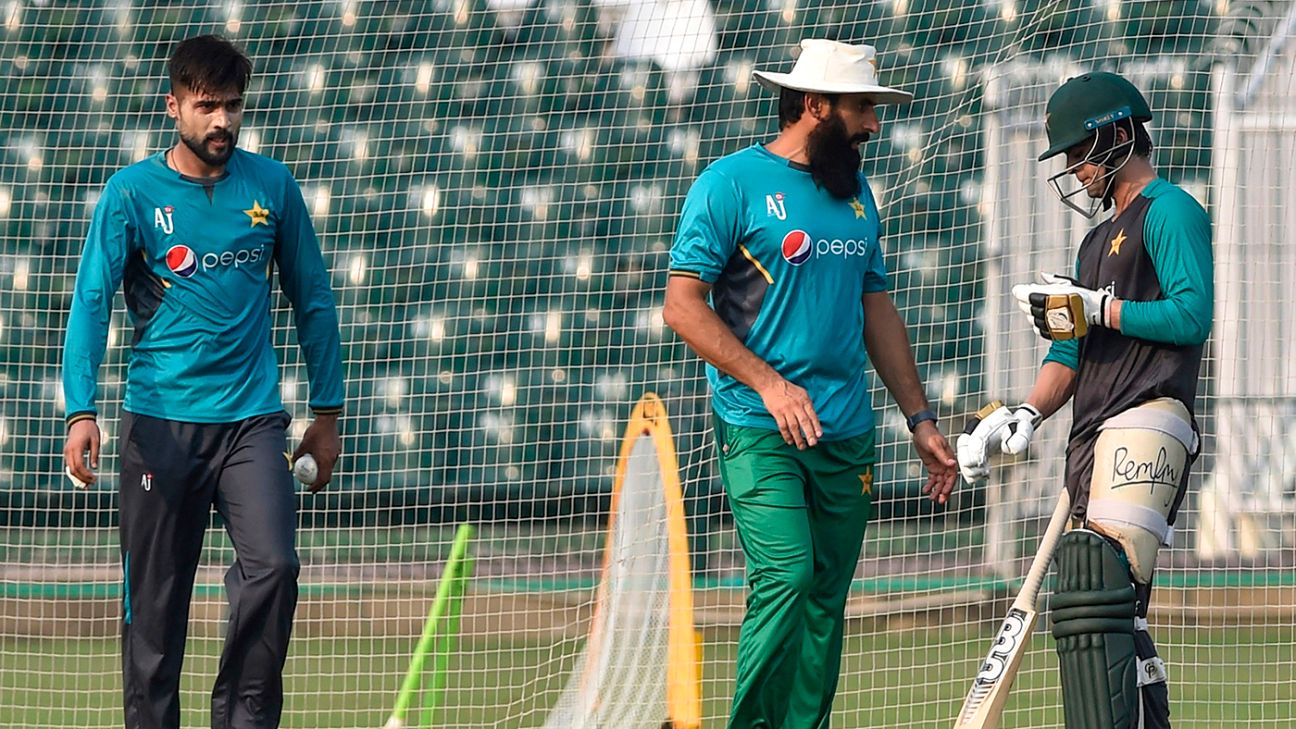 Pakistan captain Sarfraz Ahmed has come out in support of returning batsmen Ahmed Shehzad and Umar Akmal after their loss to Sri Lanka in the first T20I. Shehzad and Umar have had a mercurial past with Pakistan, for various reasons, and the revival of their careers in Lahore at the expense of Fakhar Zaman and Haris Sohail drew surprise in some corners.

Umar last played a T20 for Pakistan three years ago, while Shehzad featured in T20Is last year before he was banned for a positive dope test. Both of them made their debuts 10 years ago and though they have made several comebacks, it seemed Pakistan had closed the door on them after they were dropped by not just one head coach (Waqar Younis) but two (Mickey Arthur)

On Saturday, in the T20 against Sri Lanka, Shehzad had a couple of close calls before he was bowled for 13 off 10. Umar bagged a golden duck, his ninth, and the most by a Pakistan cricketer.

“If you talk about previous two [domestic] seasons, they were performers and they were again performers in the PSL,” Sarfraz said after Pakistan’s 64-run defeat. “We are trying our fullest to give a complete chance to those who are brought back. There is nothing to worry. Both are experienced players and once they settle in, they will perform. So [I give] my full backing for them as a captain.

“Fakhar and Harris both have been part of the team for some time now,” Sarfaraz added. “When we brought back Ahmed and Umar, we intended to make them play in their own positions. Had we played Fakhar, then Ahmed would have been made to play at one down. Me and [coach] Misbah bhai decided to try Ahmed as an opener. With our eyes on the World Cup, if Ahmed is able to settle himself at this [opening] number, we can never find a better player like him.

“Similar with Umar Akmal. We wanted to play him in his number and hence had to drop Harris, who we have seen and have no doubt about his ability. We played six new players in the side without thinking about winning or losing. We wanted to play them and give them confidence because for any player, making a comeback isn’t really easy. You do come with performance in domestic but at the international level you take a few innings to get going.”

In 2018, Pakistan had won 17 of the 19 T20s they played, including two massive winning streaks – nine matches between July and November and eight matches between January and July. The ICC rates them as the No. 1 side in the shortest format but they haven’t quite shown it in 2019 with four losses in five games, including the latest to a second-string Sri Lankan side.

“No team in T20 format is considered weak and we knew on the day their team is strong and they have potential,” Sarfaraz said. “They played better than us. They should be given credit but I still back my team. It was a bad day for us and we didn’t play good cricket. We will come back and it’s going to be more exciting for the spectators as they will get to see more tough cricket.

“Plus it isn’t really easy to win all games but we did win 11 [9] games in a row. This is a different time. Some players are making a comeback and it is tough. And there are few who are in the team but trying to get settled. We have all players who are match winners and on their day they can win the game for the team single-handedly.”