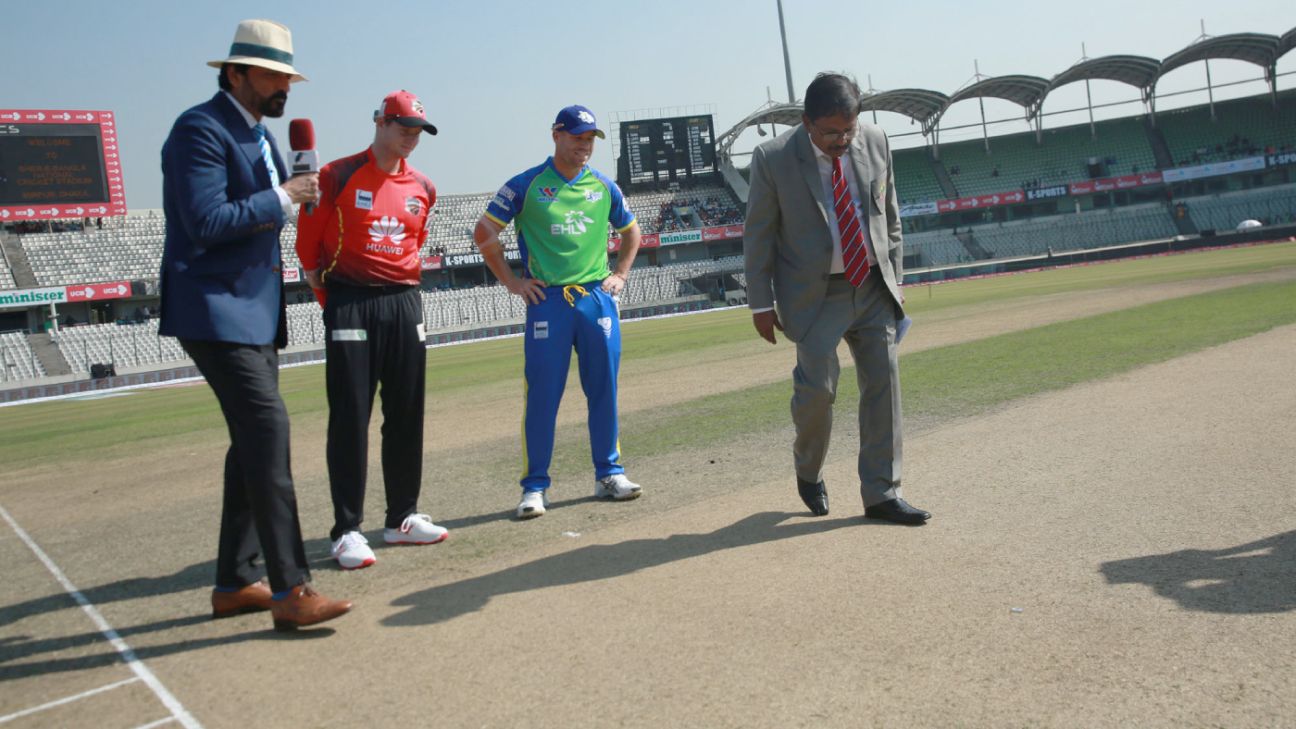 Shahid Afridi‘s unbeaten 39 took Comilla Victorians to a four-wicket win against Sylhet Sixers. While the result was sealed off the penultimate ball – with Afridi sweeping Alok Kapali for a four through fine-leg – Victorians were in control of the 128-run chase, first through the efforts of Tamim Iqbal and, later, Afridi.

Tamim had held the chase together with his 35, shepherding the side through a few early wickets, before falling in the 17th over with 31 still needed. Afridi, along with Mohammad Saifuddin, added the required runs in only 3.2 overs, with Afridi hitting five fours and two sixes in his 25-ball knock. Steven Smith, who led Victorians, had fallen in the ninth over for a 17-ball 16, out caught behind following a review.

The Sixers paid the price for their sluggish batting and early wickets in the first half of their innings. The innings got a push only after Nicholas Pooran cracked five fours and two sixes in his 26-ball 41 and Pooran’s sixth-wicket stand with Alok Kapali took them past the 100-run mark. Mohammad Saifuddin, Mohammad Shahid and Mahedi Hasan took two wickets each, apart from giving away only 59 runs in their combined 10 overs.

Before partnering Afridi in the final overs, Saifuddin had contributed with the ball, with returns of 2 for 13 in three overs. He bowled two overs at the death, keeping the Sixers’ batsmen down with several slower balls, some being yorkers.

Sixers’ captain David Warner’s innings lasted only 13 balls before he was run-out for 14 in the fifth over, after a mix-up with debutant Towhid Hridoy, which left both of them at the striker’s end. Replays, however, suggested that the third umpire may have wrongfully given Warner out instead of Hridoy, as the latter had his bat out of the crease at the striker’s end when Shoaib Malik broke the stump at the other end.

Victorians would be pleased at having completed the opening win with their experienced squad. Sixers, on the other hand, may feel hard done by despite getting a competitive score.