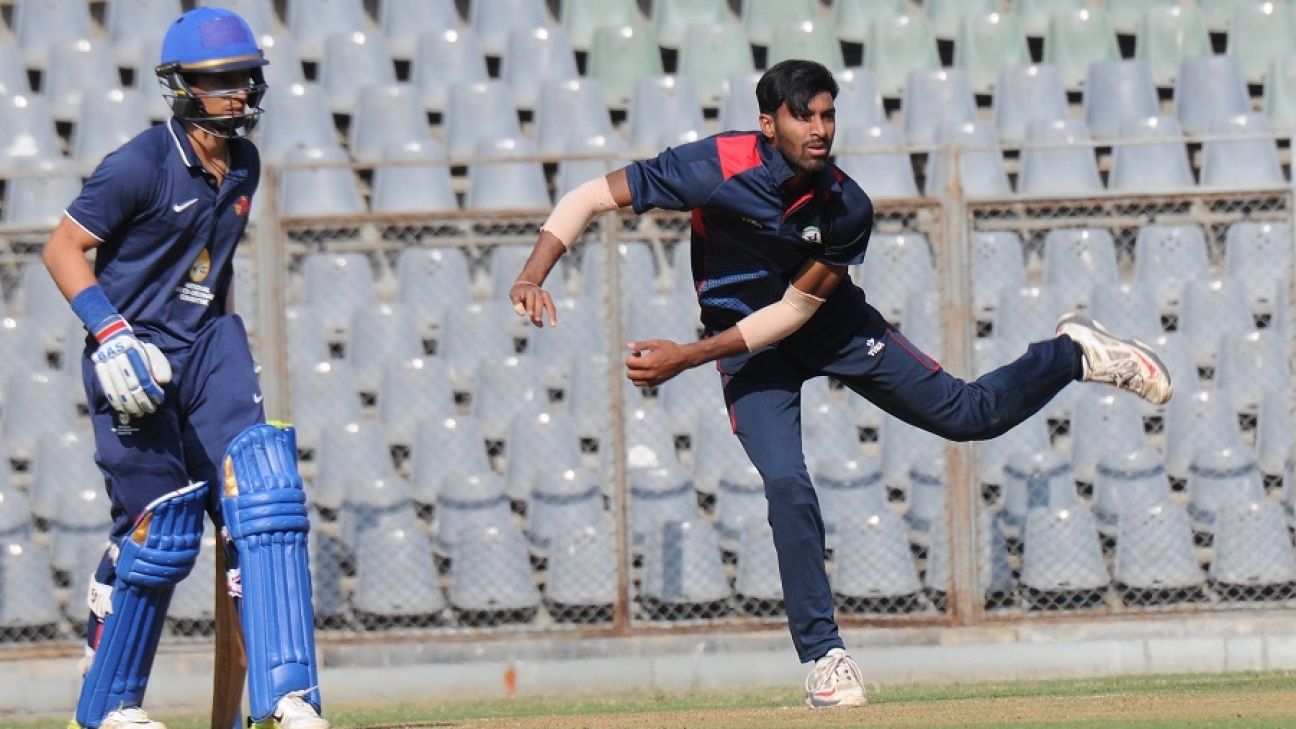 Coming into the Ranji Trophy 2018-19 final, Akshay Karnewar had a first-class batting average of 26 and a bowling average of 18.22 in 10 matches. Despite that, he was best known for being an ambidextrous bowler, who could bowl finger spin with either arm.

That quality made Karnewar more sought after in white-ball cricket, but on Monday, he showed his value in the longer format too, dragging Vidarbha to 312 all out in the first session in the second day. Karnewar, overnight on 31, stayed not out on 73.

Resuming at 200 for 7, Vidarbha might have optimistically hoped to get more than 250, while Saurashtra would have been eyeing an early finish. However, the overnight pair of Karnewar and offspinner Akshay Wakhare batted with authority to put together the best partnership of the innings, worth 78 runs, of which 74 came on Monday.

Karnewar was the only one to hit a half-century for Vidarbha, while Wakhare contributed a valuable 34.

Saurashtra’s bowlers, who had been very disciplined on the first day, lost their radar a little on the second. While Karnewar and Wakhare were batting at Nos. 8 and 9, they have both got first-class half-centuries earlier, and showed they were good enough to capitalise when the bowlers erred. The dampness in the pitch that was there on the first morning also seemed to have abated, making it a more batting-friendly surface.

The eighth-wicket stand was finally broken when Chetan Sakariya got one to seam in beautifully between Wakhare’s bat and pad. Karnewar, already past 50 then, began to hit out more, and took Vidarbha past 300, ensuring that the grip Saurashtra had established on the first day was loosened, with the game back on even keel.