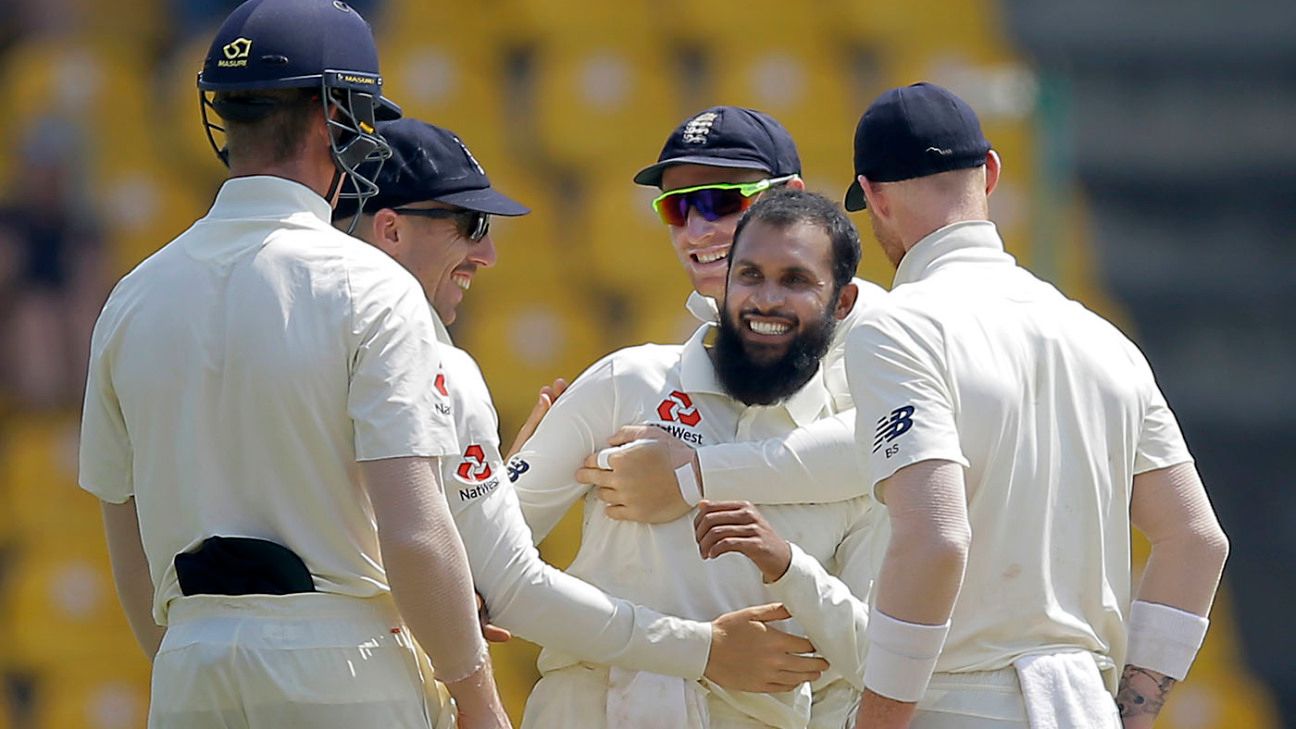 Adil Rashid has been granted permission to fly home from England’s tour of the Caribbean to attend the birth of his second child. Rashid was left out of a 12-man squad for the second Test in Antigua, and will instead return to the UK later this week.

Rashid has played nine Tests in a row since being recalled last summer, despite opting out of red-ball cricket for Yorkshire. He played a key role as part of a three-man spin attack in England’s 3-0 win in Sri Lanka before Christmas but was less successful in Barbados, where England were thrashed by 381 runs.

England chose to go into the match at Kensington Oval with two spinners, Rashid and Moeen Ali, but neither was able to provide control in the manner of Jack Leach, the slow left-armer who was omitted. Rashid claimed 0 for 117 across 26 overs, with his legspin notably underbowled on the third day, as Jason Holder and Shane Dowrich went about amassing their unbroken 295-run stand.

It is not known whether Rashid will return in time for the third Test, which starts on Feburary 9, but he will be required back in the Caribbean for the ODI and T20 series to follow.

England’s other major selection decision has been to drop opener Keaton Jennings and give a debut to Joe Denly. They trail 1-0 in the three-match series and have not won in the Caribbean since 2004.