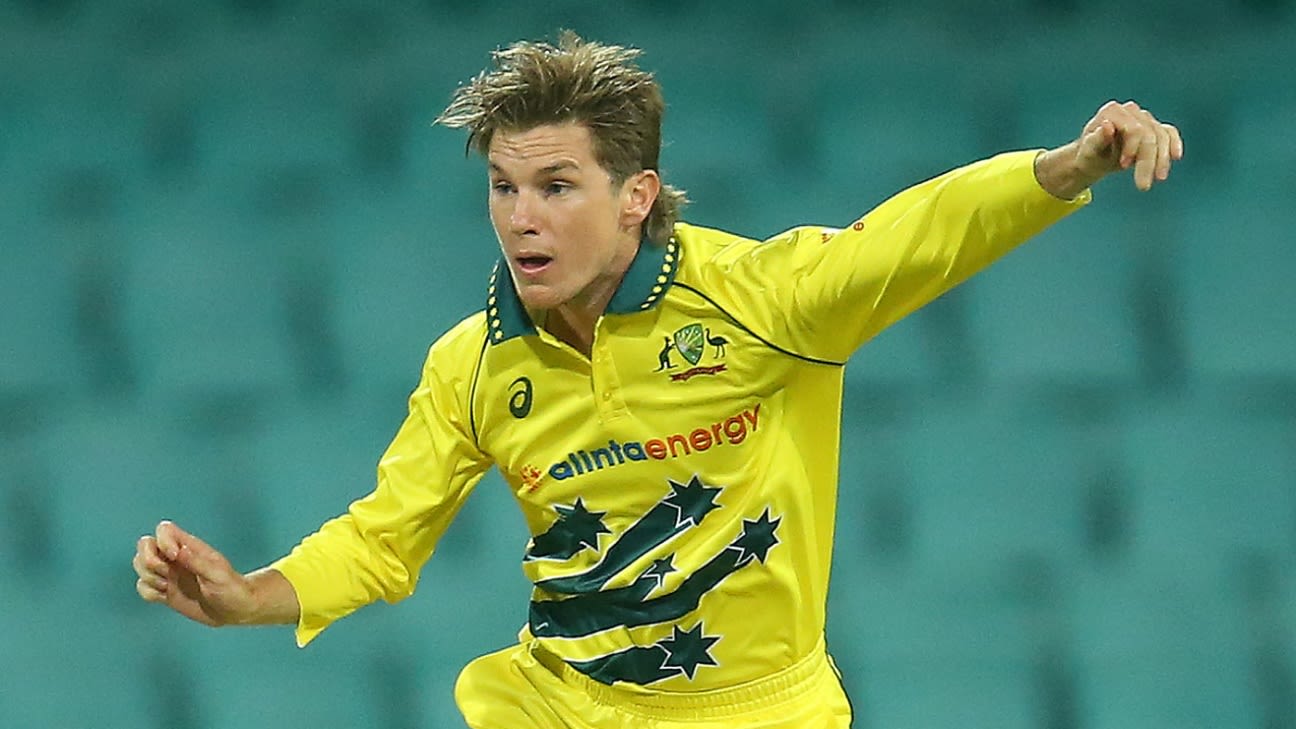 Australia legspinner Adam Zampa wants to change the perception of him as a limited-overs specialist as he targets more opportunities to develop in the longer format.

After losing his place during the World Cup, Zampa reasserted himself as Australia’s premier white-ball spinner during the 2019-20 season, but is desperate for the chance to push his claims for a Test cap. The trade-off for being a regular in the ODI and T20I sides means it has eaten into his time to play Sheffield Shield cricket, although he has also been overlooked at times by South Australia, a situation which means he will likely be with another state next season.

He has played just three Shield matches in the last two seasons, with five wickets costing an eye-watering 87.80 apiece, and he freely admits his overall first-class record, where he averages 48.26, does not leap out as someone with Test credentials.

ALSO READ: ‘If you’re predictable, that’s when they take you down’ – Adam Zampa interview

The Age reported that Zampa is set to join New South Wales – although he was unable to discuss it when speaking to the media on Tuesday as state contract lists are yet to be finalised – which is a move that would offer the chance to bowl at the SCG, a rare example of a pitch that offered spinners some encouragement in last season’s Sheffield Shield.

“For me playing Test cricket is still the ultimate goal,” he said. “Over the last few years it’s probably really easy for people to pinpoint me as a while-ball bowler. I’ve played most of the white-ball games for Australia over the last few years so it’s really limited my first-class opportunities so I really want to change people’s perceptions.

“I know my first-class record doesn’t really speak for itself but over the last three years when I haven’t really been playing first-class cricket I’ve really improved as a bowler, so I’m looking to still get that baggy green.”

“For spinners to be in the game on day four it has basically been taken out of the game except for maybe the SCG sometimes, if the weather suits as well. We’ve had to play a different role in first-class cricket, that’s why you see the numbers have changed”

While the structure of next season remains up in the air due to the Covid-19 pandemic, if it does go ahead as scheduled, the first part of the summer would be dominated by the men’s T20 World Cup, which would overlap with the opening rounds of the Sheffield Shield. In theory, Zampa would then have a gap for first-class cricket before the Big Bash in mid-December followed by another after that tournament when the Test side is due to be in South Africa.

While Australia rarely consider two spinners in home conditions – although Mitchell Swepson was part of the squad for the Sydney Test against New Zealand – one of Justin Langer’s major aims is to win in India on the next tour in 2022, a year that is also scheduled to have away series against Pakistan and Sri Lanka. Zampa knows he is currently well back in the pecking order, so much so that his red-ball prospects have not even been discussed with Langer or the selectors.

“The exposure to red-ball cricket hasn’t really been there and I guess with subcontinent tours, you have guys like Mitchell Swepson bowling really well and playing Shield cricket,” he said. “You’ve got Ashton Agar who’s got a little bit experience as well. Jon Holland has been good in first-class cricket over the last few years. I think I’m just going to take my opportunities when they come.”

Zampa also added his voice to that of Steve O’Keefe and Usman Khawaja about the need to do more to encourage spin bowling in the Sheffield Shield. O’Keefe, in what became his final season for New South Wales as he hasn’t been offered a new contract, was the leading spinner in the competition with 16 wickets at 22.25, which placed him 22nd on the overall list. Collectively, spinners averaged 47.25 in the 2019-2020 Shield season.

“The biggest reason for that would be the drop-in wickets, that has changed the game massively and it’s really hard to get a day-four turner with any rough,” Zampa said. “We’ve seen the Dukes ball as well, which can really suit spin bowlers but unfortunately the wickets have been a little on the greener side. For spinners to be in the game on day four it has basically been taken out of the game except for maybe the SCG sometimes, if the weather suits as well. We’ve had to play a different role in first-class cricket, that’s why you see the numbers have changed.

“I don’t really know what it’s like to bowl on a spinning wicket in Shield cricket. The closest thing I’ve had to a spinning wicket is Adelaide Oval when it’s green and thatchy and that limits the amount of overs you bowl as well. I think there should be emphasis put on it.”