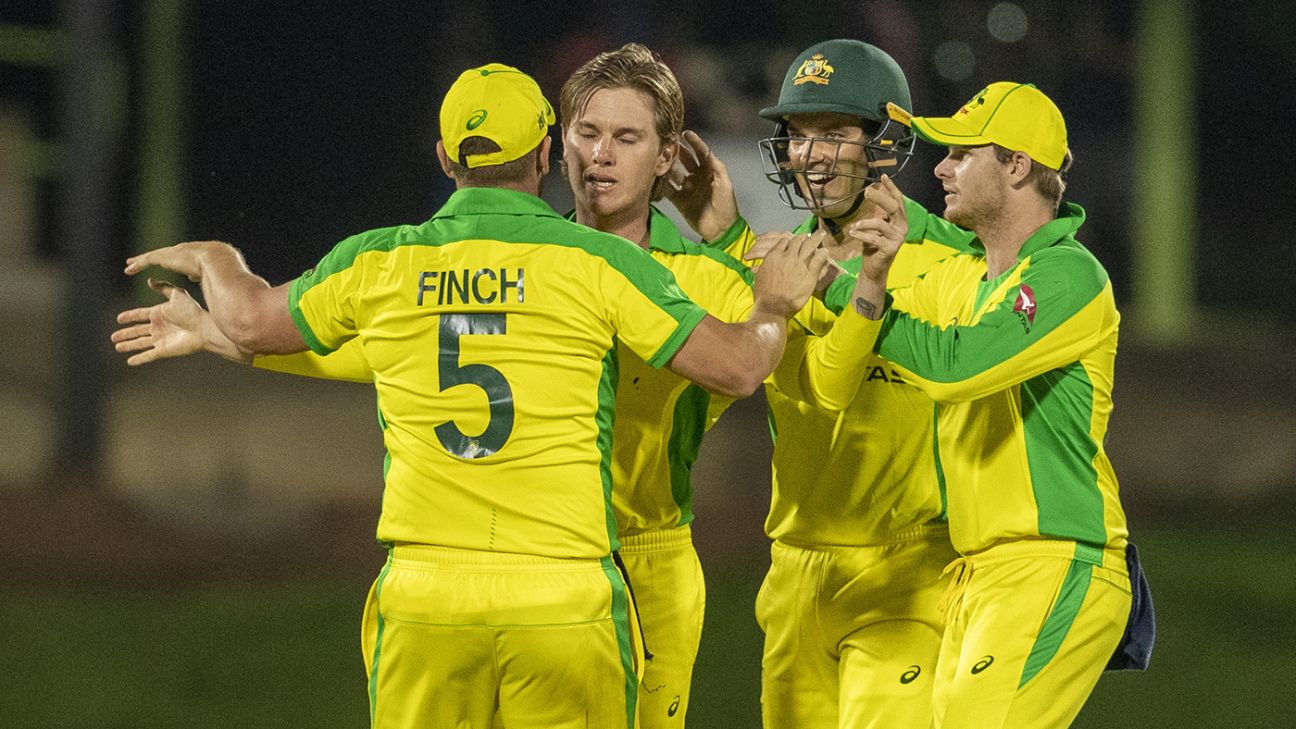 Adam Zampa believes that Australia holding the No.1-ranking in T20Is for the first time is the reward for giving the format the attention it needs.

Although Australia’s climb to the top was in part due to the ICC’s annual update of their rankings – which also saw them top the Test ladder – it has come on the back of a very strong run in T20Is with seven wins out of nine matches during the 2019-2020 season, securing series victories against Sri Lanka, Pakistan and South Africa.

The sequence goes back further, too, including the 2-0 victory over India last March which was sealed by Glenn Maxwell’s magnificent 113 off 55 balls in Bengaluru.

ALSO READ: Adam Zampa wants to be more than a white-ball specialist

During the recent season, the margins of victory weren’t close: ranging from seven to 10 wickets and 97 to 134 runs. They would have won all six matches at home if not for rain in Sydney against Pakistan and the only defeat was a 12-run loss in Port Elizabeth when a hesitant middle-order display undid them.

With two T20 World Cups to plan for in 2020 and 2021 – although the October tournament in Australia is under threat due to the Covid-19 pandemic – the selectors moved away from seeing it as the format where key players, especially bowlers, would be rested and have also been boosted by the returns of David Warner and Steven Smith.

“The emphasis we put on T20 cricket as an international team over the last couple of years has made a huge difference,” Zampa, who took 10 wickets in eight T20Is last season, said. “There was the Test format and ODI format leading up to the World Cup last year that we were focusing on but this T20 World Cup in particular has made a difference in the way we select teams, the way the scheduling looks.

“I think it’s been an amazing 18 months in particular for the T20I team and we’ve got a really good balance leading up to the World Cup. It’s exciting to be a part of that.”

The T20 World Cup is the one piece of global silverware to elude Australia with their best returns being the 2010 final defeat against England in Barbados.

There remains hope that the tournament later this year can still take place, although the challenge of getting 16 teams together for a global event amid the pandemic is one that may prove too great. There have been suggestions of moving it back to February next year but the knock-on effects of that are also considerable.

If the tournament does proceed in October it could be a challenge for players to prepare depending on how much professional cricket is possible beforehand and there is no chance of international cricket until July at the earliest. Australia’s ODI and T20I tour of the UK that month is all-but sure not to take place as scheduled, with discussions around whether it will be shunted to September.

Zampa, who has a Cricket Australia (CA) central contract and will come off annual leave on May 18, thinks some players would be able to adjust to a lack of competitive cricket but admitted he is someone who needs games under his belt. Plans are currently being drawn up, led by CA’s head of science and medicine Alex Kountouris, as to what training will look like over the next few months as states lift their Covid-19 restrictions.

“Some guys could probably go straight into it like nothing has happened but personally I like to continue playing cricket,” Zampa said. “The last six weeks has been weird for me. Especially in T20 with different game situations, putting yourself under pressure. I need some game time to be ready for international cricket but we haven’t really had any messages about the World Cup so haven’t thought about preparation.”

“It will be a bit different to the last few years – playing IPL or county cricket – but I think once the leave period is done in a few days’ time, the message has been to train in your states for the foreseeable future and do pre-season as everyone else would.”