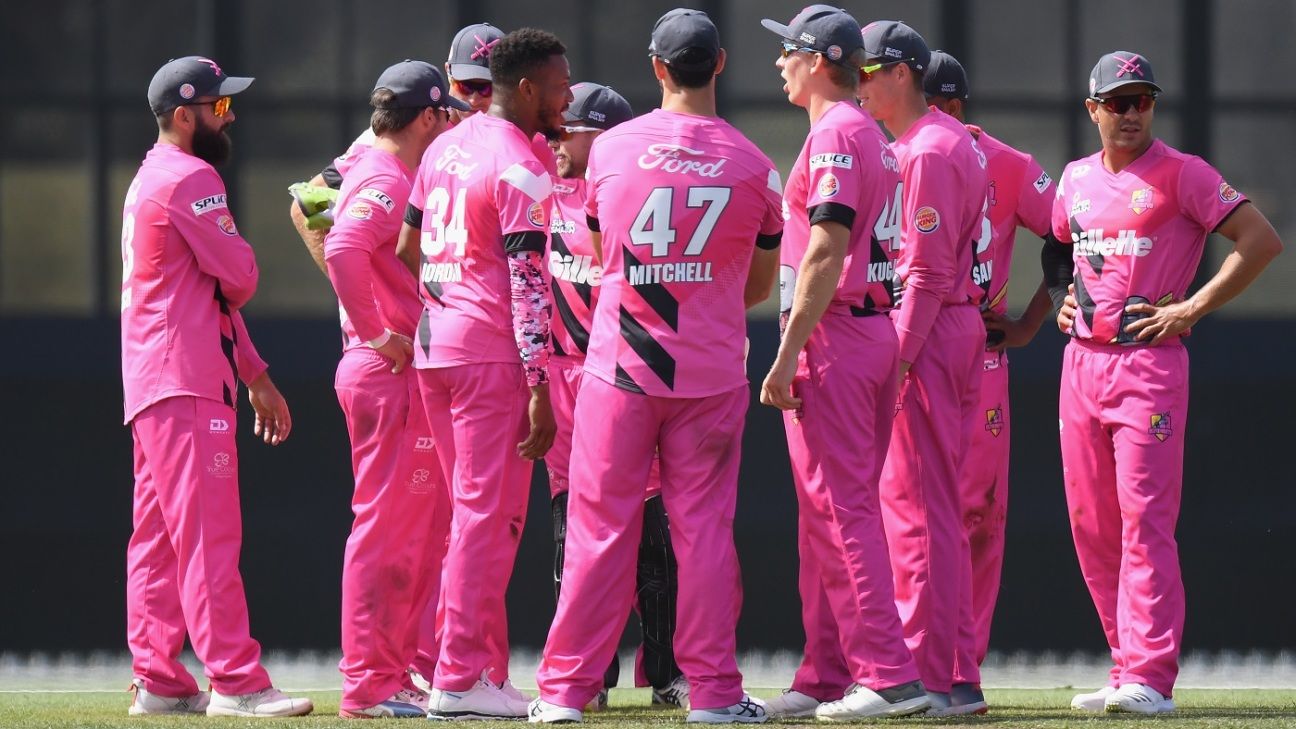 While Central Stags and Auckland Aces booked their spots in the knockouts of the 2018-19 Super Smash, Wellington Firebirds and Otago Volts joined cellar dwellers Canterbury Kings in being knocked out. Northern Knights were the first to qualify, but they missed a chance to secure a home final in the past week

The match between table leaders Knights and the then second-placed Stags came with a big billing, but it petered out into a one-sided affair, with the Knights racking up 230 for 5 in a 131-run victory. Highest team total: check. Biggest margin of win for the team: check. Best figures for the Knights in an innings: check. They checked nearly every box at the McLean Park in Napier on January 25.

After being inserted by the Stags on a flat pitch, they blitzed past 200 thanks to rapid half-centuries from Daryl Mitchell and Brett Hampton. Both batsmen went on a six-hitting spree and kept mowing the ball over the leg side. All told, they muscled 98 runs together in just 34 balls.

The Stags then subsided to 99 all out in the chase as Tarun Nethula stepped up spectacularly in Ish Sodhi’s absence with 6 for 23.

Heard of former All Black John Mitchell, who later coached the side? Meet his son Daryl, who grew up with the dream of becoming an All Black or a Black Cap. Rugby’s loss could well turn out to be cricket’s gain as Mitchellcould make his international debut in the upcoming three-T20I series against India.

Mitchell is among the cleanest strikers in New Zealand domestic cricket and often bowls at the death for the Knights. He is currently the second-highest run-getter this season with 318 runs in nine innings at an average of 35.33 and strike-rate of 140.08. But the most telling stat is that no batsman has hit more sixes this season than his 19.

When Mitchell and Hampton was smoking the ball to all parts of the McLean Park, quick Blair Tickner used his height to his advantage and bothered them with his extra pace and bounce. He isn’t as quick as ‘Flash’ Ferguson, but has been rewarded for his consistency. After bagging 21 wickets and ending has the top wicket-taker in the 2017-18 Super Smash, he has claimed 15 wickets this season, just four behind the chart-topping Kyle Jamieson.

Match of the week

The clash between Knights and Aces in Auckland. The Knights had a chance to secure a home final, but the Aces toppled them to confirm their place in the knockouts, with four balls to spare. Colin Munro’s spot in the ODI team is under threat, but in his most favoured format, he punched his way to 54 off 30 balls to set up the Aces’ chase of 197.

Craig Cachopa and Robert O’ Donnell then sustained the surge in the middle overs, leaving them with 56 to get off the last five overs. Knights’ death bowlers Kyle Abbott and Mitchell missed their lengths as Cachopa and O’Donnell took the game deep. The equation eventually boiled down to six off the last over. Abbott started with two off-side wides, the second of which was a tight call, and then bowled Cachopa with the next ball, but Daniel Bell-Drummond calmly finished off the chase.

Batsman of the week

Wellington Firebirds’ Devon Conway. He smote a 58-ball hundred – the second of the season – against the Volts in Dunedin to fashion a 11-run win. He followed it with a 22-ball 39 against the Stags, but it was not enough to take his team into the knockouts.

Bowler of the week

Nethula gets a game only when Ish Sodhi is away on national duty. He took 6 for 23 in only 19 balls at the McLean Park – the second-best figures in a New Zealand T20 competition. On a flat track, Nethula went wide of the crease and unleashed a slew of wrong’uns to hasten the Stags’ collapse. However, he found himself out of the team when Sodhi returned. Such is the depth of the Knights.