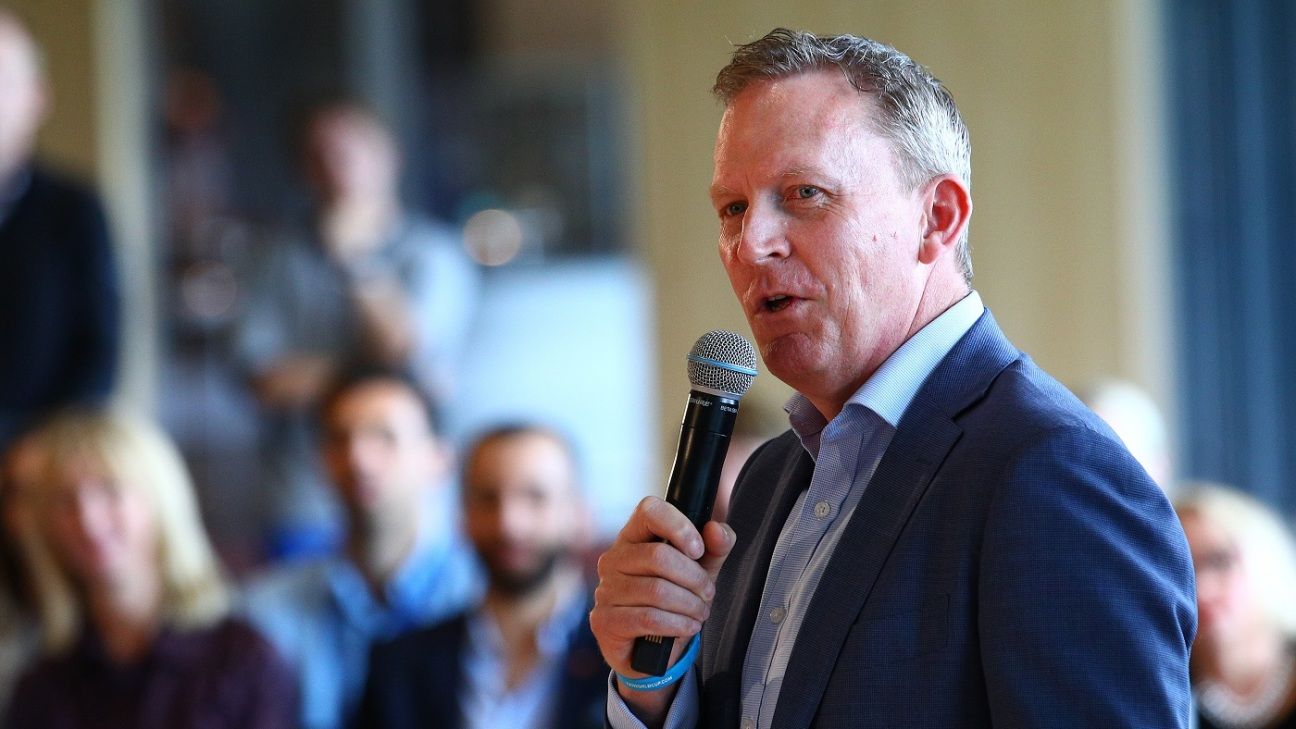 Kevin Roberts, the Cricket Australia chief executive, is hopeful that India’s strong position in the World Test Championship will help persuade them to play at least one pink-ball Test on their tour next year. Cricket Australia has made no secret of their desire to keep pushing the expansion of the day-night format, with a suggestion that they would attempt to make two out of the four India Tests as floodlit contests.

India did not play under lights on their previous tour but have recently staged their first day-night Test, against Bangladesh in Kolkata, which was pushed through by Sourav Ganguly after he became the BCCI president

The curtailed Sheffield Shield match between Victoria and Western Australia at the MCG has now been officially abandoned after no alternative date could be found for a replay.

Each side will therefore be awarded three points along with the average bonus points accrued in the other two matches of the same round (1.64).

Peter Roach, Cricket Australia’s head of cricket operations, said: “Any rescheduling would have included all teams having significantly shortened, and unreasonable, breaks in the post-Christmas Shield window. Most affected would have been Western Australia and Victoria that would have played five matches (and potentially the final), each with shortened breaks.”

India comfortably lead the WTC with seven wins from seven Tests and are primed to secure their spot in the 2021 final at Lord’s.

“I absolutely believe we should be playing one pink-ball Test in the Indian series next year,” Roberts said in Perth ahead of the day-night Test between Australia and New Zealand. “India to their credit are doing very well in this World Test Championship, and it’s highly likely that they will make the final in 2021. I suspect that will make it easier to schedule a day-night Test next season if India have relative certainty of making the WTC final, then there is less reason not to play a day-night Test and more reason to play one.

“Also with Sourav Ganguly coming into the presidency of the BCCI, he’s been very proactive in scheduling the first day-night Test in India, and we saw that was a sellout in three days, which is very different to what the previous day series have looked at in terms of ticket sales. There is an openness from India and an understanding that it is good for cricket.”

Which of Australia’s main venues miss out hosting India remains another big question. Melbourne, despite the ongoing issues around the pitch, remains highly unlikely to lose Boxing Day and the SCG is the traditional New Year venue, which leaves Brisbane, Adelaide and Perth to fight it out for two matches. The one that misses out will likely host Afghanistan, although Tasmania has also put its hat in the ring for a Test in Hobart.

ALSO READ: Two pink-ball Tests in a series ‘a bit too much’ – Ganguly

The Australian team has made it clear that it wants to play the first Test of major series at the Gabba, where they haven’t lost since 1988. The 2018-19 series against India began in Adelaide.

“There will be different criteria. There is an art and a science to it. We look at historical attendances, we look at the playing side of things, it’s really important thing, especially for the first Test where the players have a very strong preference for the first Test of any major series to be played at the Gabba.”

A more immediate issue is the state of the MCG pitches following the abandonment of the Sheffield Shield match last week. Roberts admitted that Cricket Australia had been among the voices pushing for more life to be brought back into the surface and sympthised with the position of head groundsman Matt Page. The first Sheffield Shield match of the season at the ground earned a “very good” rating while the second, which was impacted by cold and wet weather, was given a “good” grading.

“It was unfortunate that a little too much moisture was put into the wicket for the last Shield game,” Roberts said. “In fairness to Matt and his groundstaff, they were urged to make the pitch more sporting by a number of parties, be it players, Cricket Victoria, ourselves, and credit to them for having the courage to test that. Fortunately, no players were injured in the process and ironically I think it places the MCC better to prepare the best possible deck for Boxing Day with the learnings from these last three Shield games.”

While the staging agreement between CA and the MCC only goes as far as guaranteeing a Test at the MCG – rather than Boxing Day specifically – Roberts suggested its future for the iconic fixture was safe. “There are commitments to have a Test at the MCG and the SCG, that’s the depth of it,” he said. “What we do know is that there is a rich history around Boxing Day, we love that and respect that and we would really like to see Boxing Day Test continue at the MCG.”