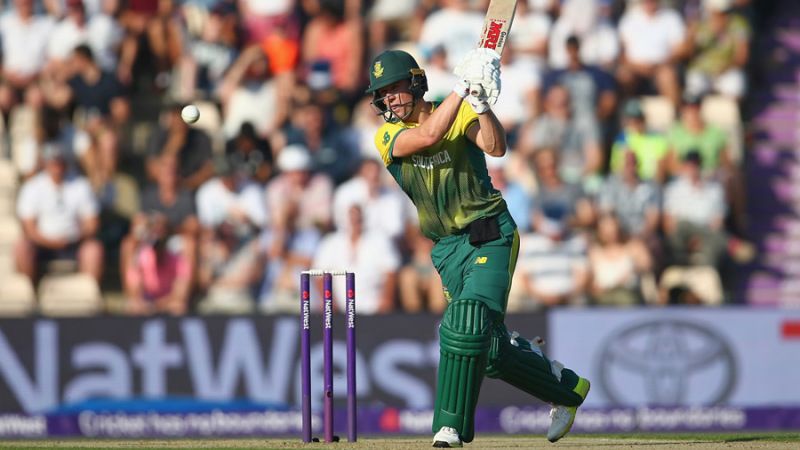 AB de Villiers has not made a firm decision on his availability for the T20 World Cup yet, but indicated that the likelihood of him playing would decrease if the tournament is postponed. In an interview with the Afrikaans weekly Rapport , de Villiers said that while form and fitness would be the major considerations around an international comeback, memories of his failed attempt to be considered for last year’s 50-over World Cup may also play a part.

De Villiers has been linked to South Africa’s T20 plans since Mark Boucher took over the job as head coach in December. In January, de Villiers told reporters at the BBL that he would “love to” play for South Africa again and would “hopefully be involved pretty soon”. But, he was not included in South Africa’s T20I squads to play England or Australia in February, and indications were that de Villiers would be considered for fixtures after the IPL. South Africa are scheduled to play white-ball matches in Sri Lanka in June and five T20Is in the West Indies in July-August.

All those fixtures, including the IPL and the T20 World Cup are in doubt, as a result of the coronavirus pandemic and de Villiers warned that his own situation may have changed when professional sport resumes.

“If the tournament is postponed to next year, a whole lot of things will change. At the moment I feel available but at the same time, I don’t know how my body will feel then and if I will be fit,” he told Rapport. “If I am 100% as good as I want to be, then I will be available. But if I am not, I won’t open myself up to that because I am not the type of person who does things at 80%.”

Physical conditioning is not the only reason de Villiers is hesitant to commit to a comeback. Even if the tournament is played this year, he doesn’t want a repeat of the backlash that followed the revelation he had wanted to play at the 2019 World Cup.

Back then, coach and captain Ottis Gibson and Faf du Plessis had rejected the offer, saying he had left it too late and de Villiers was criticised in the media and the public because of the perception that he was picking and choosing when he wanted to play. “I am uncertain to give a definite answer as I have been very hurt and burned in the past,” he said.

“I can’t walk into the team. Like every other player, I have to work for my place and deserve it”

Despite information that de Villiers was asked to play in just two of the 10 ODIs South Africa had scheduled before the World Cup (against Sri Lanka and Pakistan) and refused, he insisted that he has never expected special treatment.

“I’ve never been the type of person who felt I should get just what I wanted,” he said. “I can’t walk into the team. Like every other player, I have to work for my place and deserve it. It was very hurtful for me last year when people thought I assumed there was a place for me.”

De Villiers understood that when cricket resumes he will have to prove himself all over again. “I’ll have to do the trials and show Boucher I’m still good enough. They should choose me because I’m really better than the guy next to me,” he said.

However, if de Villiers decides he does not want to play, he may ask to be involved in a behind-the-scenes capacity. “I last played cricket in January and may not play for the next three months. My situation may be changing and I might get to a point where I have to tell Bouch I was interested and I would like to play a role but I’m not going to play myself,” he said.

South Africa are currently on day 18 of a 35-day country-wide lockdown, in which outdoor exercise is prohibited and there has been minimal disruption to cricket, which was due to enter its off-season at this time. Cricket South Africa is planning for the 2020-21 season as normal, with the Mzansi Super League, a competition de Villiers has played in for the previous two editions, scheduled for December. By then, either the T20 World Cup would have been played or postponed and de Villiers’ position will likely have become clearer.