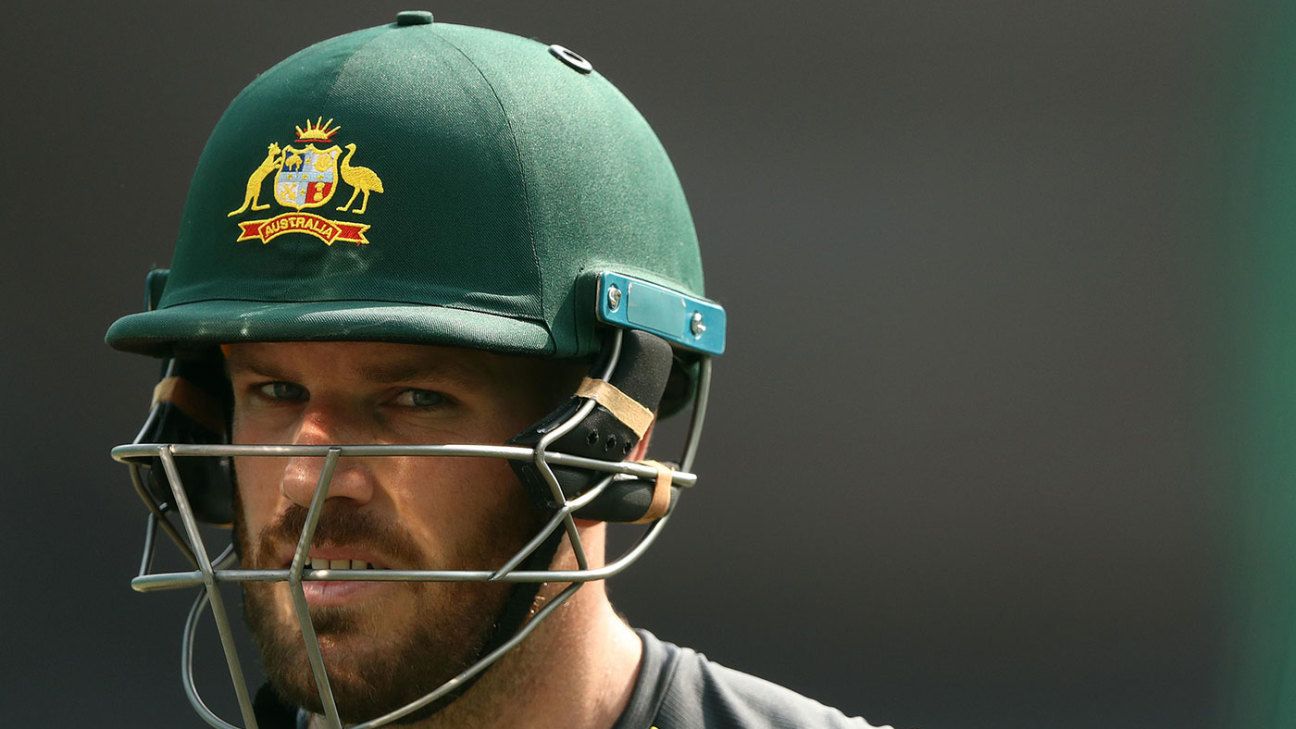 Little trumpeted a few days ago was the news out of Tasmania that the Australian Test captain Tim Paine was to be rested from this week’s Sheffield Shield match against Victoria. More so than any specific injury, the move was designed to refresh Paine at a time when he is low on energy and looking ahead to the Ashes later this year.

In the words of the state coach Adam Griffith: “The workload he’s had – he’s a bit sore, he had that virus at the end of the Test series. It’s an opportunity for him to stay home and rest up and get right for the back-end. If it was the final Ashes Test and he needed to win it to win the Ashes, he could play. But we’ve got to think about the big picture and make sure we don’t push all our players too far and they break.”

All part, then, of the big picture for Paine, who for all the pressures of the Test captaincy has been carefully managed to get the most out of his body and mind. Pointedly, this management included a change in tack after his initial involvement in the ODI team in England last year. After a series that by his own admission Paine found difficult to negotiate, he was omitted from the limited-overs set up as the captaincy passed on to Aaron Finch.

A little more than six months on, and it is readily apparent that the careful management applied to Paine to ensure he was not “cooked” at the back end of this summer and ahead of the trip to England has been nowhere near as precise for Finch.

On the surface, it appears that both Paine and Finch have had similar workloads in this time. From the start of the October tour of UAE, Paine has played in 13 matches, all of them in first-class or Test cricket, entailing 60 days of scheduled playing time with regular breaks for rest in between. Finch, meanwhile, has played 33 days of first-class or Test cricket in that time and 25 of limited-overs cricket, all of the latter as captain either of Australia or Melbourne Renegades.

However, on closer inspection, the plight of Finch becomes clearer. He has jumped from one format to another no fewer than eight times, whereas Paine has been able to prepare and play with only one kind of cricket on his mind. Equally, the playing of one-day and T20 matches does not entail the semi-regular extra days of rest invited by early finishes to long-form games: Paine’s total playing days drops down to 56 when accounting for early finishes in the Abu Dhabi, Brisbane and Canberra Tests, whereas Finch only benefited from the first of these.

“Finch’s scores of 0, 8 and 0 are less the signal he must be dropped than the indicator that some way must be found for him to rest and refresh between now and the World Cup camp”

Equally, the mental toll of captaining in the fast-paced white-ball environment is such that it can scramble even the most organised of minds. As Greg Chappell once put it: “It was hard enough from the playing point of view but exceedingly demanding from a captaincy point of view. Two one-day games in a row were physically and mentally more demanding than a Test match.”

This is all without mentioning the extra burden of leadership in Australian cricket this summer in the wake of the Newlands scandal and at the start of a new broadcast deal. Alongside Paine, Finch has been responsible for ensuring a cleaner on-field image for the national team, and a more consistent connection to the public, most often through the increasingly invasive demands of the broadcast rights holders. Add that to the usual selection conundrums, and the fact that Finch, for all his laid back, “larrikin from Colac” image, is as tightly wound as any professional batsman, and you have the recipe for some serious fatigue.

Then, of course, there has been the as yet unquantified mental toll taken on Finch by thrusting a career white-ball player for Australia into Test cricket as a stopgap for the banned Steven Smith and David Warner. At the time he was chosen, the coach Justin Langer made a lot of Finch’s standing as a “senior player”, meaning he was expected to add more to the team than merely the making of runs or the taking of catches.

As was to be seen during the Test series against India, Finch’s longstanding technical weakness against the ball moving back into him created enormous trouble, compounded further when a paceman as skillful and persistent as Jasprit Bumrah was also to take the occasional ball away towards the slips. These challenges provided Finch with a dilemma he had experienced in the past for Victoria, but never before under the scrutiny of Test matches.

This, then, is where Australia’s selectors and team management might have taken another path. Though he performed serviceably against Pakistan in the UAE, on pitches not providing too great a problem for Finch in terms of the bounce and sideways movement, Finch might easily have been jettisoned as a “horses for courses” selection at home, not least after he had this to say about his initial struggles during the home ODIs and T20s against South Africa.

“In the UAE my technique really tightened up,” he said in November. “Those technique changes have probably hurt me a bit in the one-dayers – I am not quite as free. It’s a more focused technique on keeping everything tight and straight and simple. It’s a few changes that are simple but I feel they give me the best chance in the longer format.”

The best chance, then, in a longer format that Finch was excised from before the final Test against India in Sydney. There have been suggestions that Finch’s dropping, following a decidedly harried and distracted-looking shot to get out in the second innings at the MCG, was as much a mutual decision as a directive from the selectors. Such a scenario would underline the fact that Finch himself knew he was starting to flounder, at a time when he needed to be gearing up his focus for the year of the World Cup.

Away from the international scene, Finch was reunited with Melbourne Renegades and their coach Andrew McDonald, for the pair to successfully engineer a run to the finals and ultimately a white knuckle triumph over Melbourne Stars to lift their first BBL title. Finch directed traffic in these final two games despite a niggling back problem, desperate as he was to lift a trophy for the Renegades and in keeping with Cricket Australia’s desire to have as many high profile Australian players as possible involved in the tournament’s pointy end.

Again, here may have been an opportunity for Finch to rest at home, even for a couple of days. Instead, he joined the rest of the Australian squad members who participated in the BBL final on a plane to India within a matter of hours, as part of Langer’s desire to get the group together as soon as possible to prepare together for the tour. Barely recovered from his back trouble, Finch was thus switched to the international treadmill no sooner than he had stepped off the BBL equivalent. In this context, Finch’s scores of 0, 8 and 0 are less the signal he must be dropped than the indicator that some way must be found for him to rest and refresh between now and the World Cup camp in early May in Brisbane.

Langer, of course, has spoken with enormous sympathy for Finch. “He’s such a good player, such a good person, captain of the team, we know he’ll come good,” he said. “We’ve just got to keep giving him plenty of care and support. Another important part about leadership is that he’s really consistent. We haven’t see any real change in his personality or his attitude around the group, so that’s a real credit to him. That’s why he is the captain of the team. My experience of every captain, the most important thing is they’re playing really good cricket. He’s got to keep his attention on that. We’ll just keep encouraging him to be himself.”

These are warm words from a coach to a captain, leaving it close to unthinkable that Langer would countenance a change in leadership so close to the World Cup itself. But the undulating story of Finch’s jumbled summer leaves open many questions about how much better he might have been managed. Worse, it raises the question of how it is possible, a year on from Newlands and the fact it was partly driven by the mental and physical fatigue of Smith and Warner, that Australian cricket has been a careful asset manager for only one of its two captains.