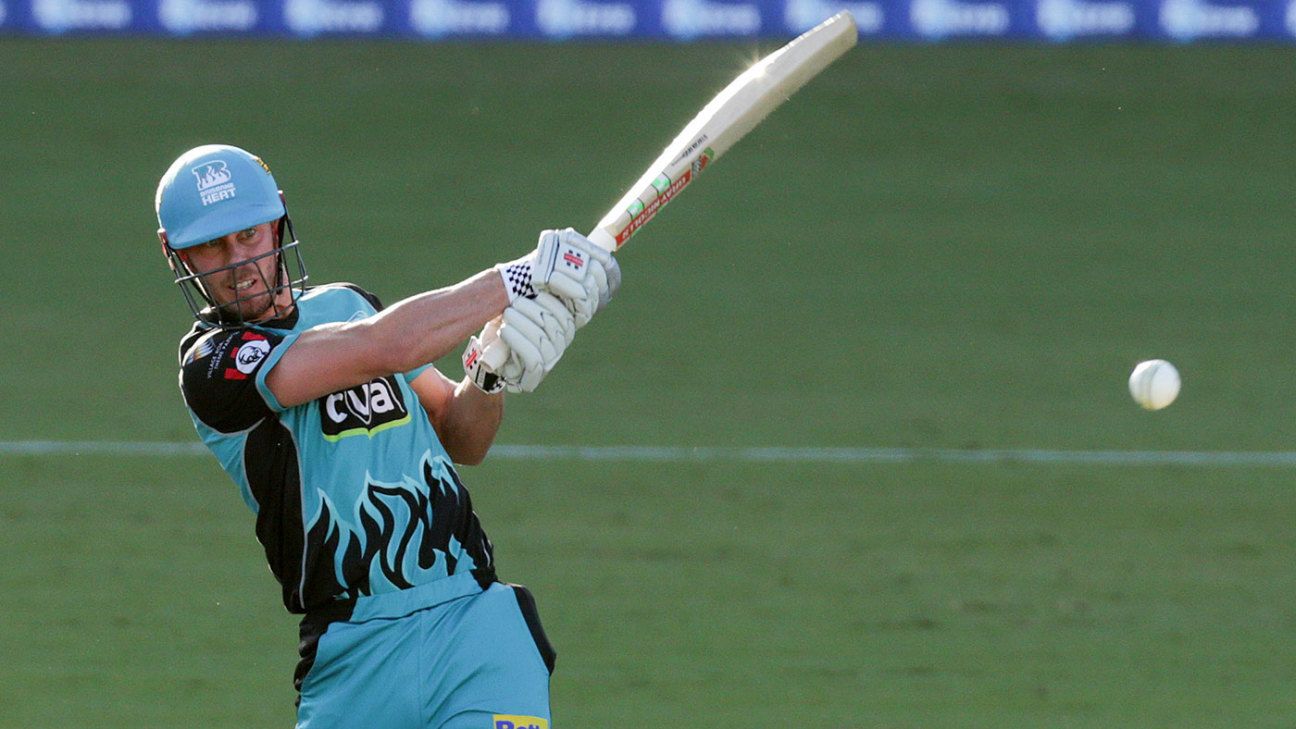 Chris Lynn wasn’t holding his breath when Australia announced their latest T20I squad earlier this month but he has taken a swipe at a lack of communication from the selectors.

It was not a huge surprise that Lynn’s name was missing for the matches against Sri Lanka and Pakistan given the returns of David Warner and Steven Smith created a logjam at the top of the order.

Lynn, who has become a freelance T20 player, did not have his cause helped by two T20 leagues he was meant to be playing in – the Euro T20 Slam and Afghanistan T20 league – being cancelled, his decision to participate in the former meaning he wasn’t up for the CPL this year.

When naming the squad, national selector Trevor Hohns said he wasn’t aware if Lynn was in the country although he was dropped for the series in India earlier this year and it is CA policy that players omitted from the previous squad will be called by selectors.

“The lack of communication hasn’t been great,” Lynn told ESPNcricinfo. “I kind of saw [being omitted] coming, I’m not disappointed. Through no one’s fault, I haven’t played any cricket, but a phone call wouldn’t hurt. I’m not going anywhere, I will keep trying to score runs and keep knocking on his door. It’s all part of the journey. If you are going to sit at home and be negative, then nothing will happen.”

“You can go through patches where you are really keen to train, and then others you might not want to get out of bed, but having someone give you a little kick up the backside is perfect.”

Lynn, who will line up for the Prime Minister’s XI against the Sri Lankans in Canberra on Thursday, hasn’t played since the Global T20 in Canada in early August but he is determined to make a push for next year’s T20 World Cup after spending his downtime working on his fitness, which he believes is the best it’s been for two years.

He still avoids diving around in the field due to his past shoulder problems but does not think that should be a deciding factor in whether he gets to extend his international career which currently stands at 19 matches and an underwhelming return of 291 runs at 19.40 without a fifty, albeit alongside a strike-rate of 131.67.

“You can always take the positive, this is the longest period I’ve had at home in six or seven years so it’s been a great chance to get fitter and stronger, build my base for the next 12-18 months,” Lynn said at Kayo’s Summer of Cricket launch in Sydney.

“I haven’t dominated by any means. I have to stamp my case again then try to really dominate the international stage. Think I’m always going to be there or thereabouts but that’s the beauty of Australian cricket, the depth is really good. I’m not the only to miss out. Matty Wade, D’Arcy Short, Marcus Stoinis, they are some good names. It doesn’t mean your career is over, it just makes you hungrier.”

Lynn insists he is finding fulfillment in his career path and sees himself as something of a “trailblazer” having taken the decision to become a T20 gun for hire while in what should be the prime of his career.

“A lot of the guys who do it are towards the end of their careers, so to be a bit of trailblazer in this space is a little bit different. With that it takes a lot of risk. A lot of people think you are doing it because you want to play T20, travel round and the cash might be good but you are actually taking more of a risk. That keeps me hungry because I know if I fail in one tournament I might not get that opportunity the following year.”

He now travels extensively with his mentor and personal coach, Gavin Fitness, which he says helps balance the fact he is not in a full-time contracted cricket set up at state level, although he retains access to Queensland’s facilities through his Brisbane Heat deal.

“You can go through patches where you are really keen to train and then others you might not want to get out of bed, but having someone give you a little kick up the backside is perfect,” he said. “It’s a different dimension to what the cricket scene has had. We’ve seen some private physios and trainers go on tour, but not like your mentor or personal coach. You never know, it might be the norm in 10 years’ time.”