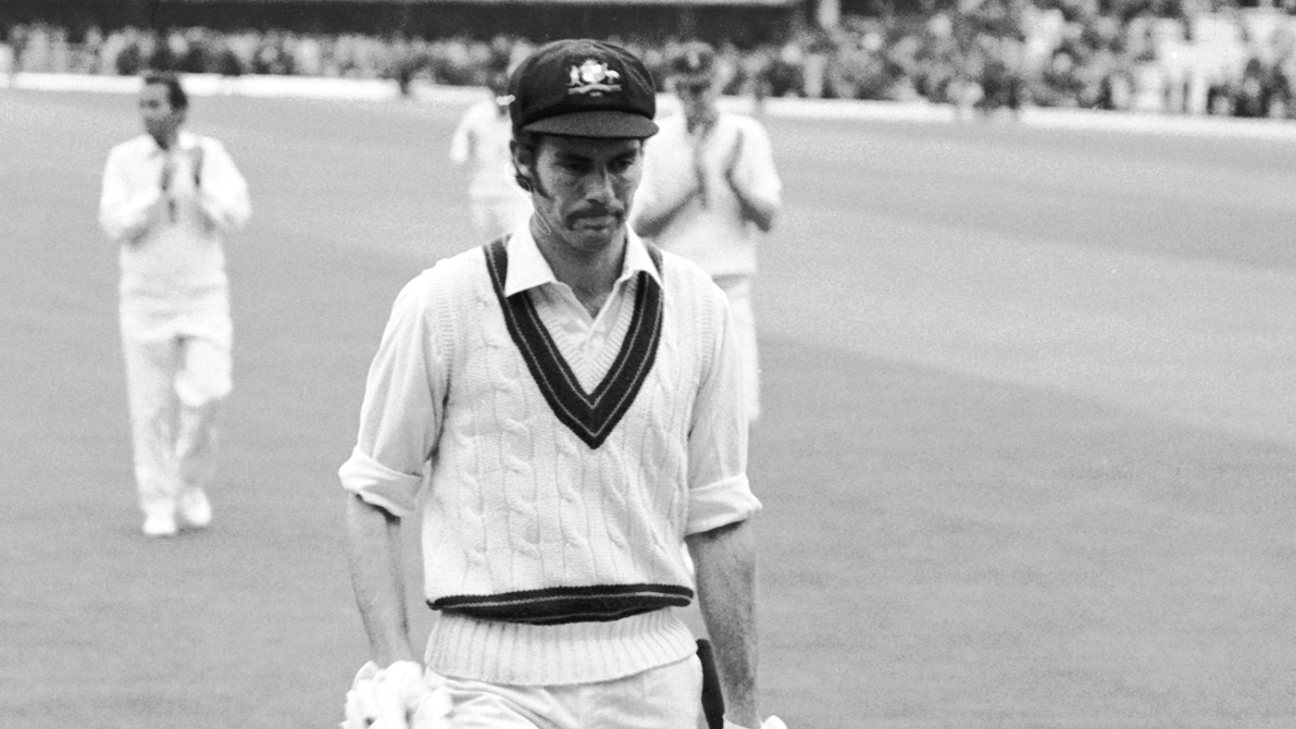 Greg Chappell will retire from his role as a selector and national talent manager at Cricket Australia on Monday, ending an association with the sport that stretches back more than 50 years. From a player to captain to coach and selector, Chappell has covered most of the roles in the game.

Kevin Roberts, the CA chief executive, said: “Greg has had a profound and positive impact on cricket for generations. Greg was one of the finest players in the history of international cricket. Additionally, as a captain, coach, selector and mentor, Greg has been a true pioneer and innovator. His passion and commitment to the game are clear to anyone who has interacted with him, and Australian cricket is all the stronger for his involvement.”

Here is a recap of his half a century in the sport.

One of Australia’s greats. Chappell started and ended his Test career with centuries, against England and Pakistan respectively, in all amassing 7110 runs at 53.86 – which remains the sixth-highest average for a batsman with at least 80 Tests – with 24 hundreds in a career that spanned 1970-1984. It won’t show in official records, but some of his most dominant batting came during World Series Cricket when he scored 621 runs in five “SuperTests” against a West Indies side that had an attack of Holding, Garner, Croft and Roberts.

His captaincy stint came either side of World Series Cricket, in which he was a key figure, and in total it encompassed 48 matches with Ashes series in 1977 (a defeat) and 1982-83 (a victory). He scored centuries in each innings in his first match as captain against West Indies in Brisbane. However, his captaincy career is most famously remembered for when he instructed his brother, Trevor, to bowl underarm against New Zealand at the MCG in 1981.

Chappell had a five-year spell as South Australia coach from 1998-99 to 2002-03, and in 2008 headed up CA’s centre of excellence, which included being involved with Australia’s Under-19 team. He has also worked with the Australia A side and U-19s in his latter role as national talent manager. But his headline stint as a coach came when he was in charge of India between 2005-2007. It became a controversial spell, which included crashing out in the first round of the 2007 World Cup and falling out with captain Sourav Ganguly.

His first spell as an Australian selector came straight after he finished playing and lasted from 1984-1988. It was a time when the team struggled in Tests – although it included the 1987 World Cup victory – but during that spell names who would lead an era of great success, including David Boon and Steve Waugh, made their debuts. He was again appointed a selector in 2010, although it was a brief stay; he was part of the Argus Review clear out and in 2011 moved into his role as national talent manager. In 2016, following the upheaval created by the crushing defeat by South Africa in Hobart, Chappell returned to a selection role alongside Trevor Hohns.

After finishing his playing career, Chappell became a member of the Australia Cricket Board alongside his first selection role. During his most recent stint as national talent manager, Cricket Australia’s methods have not always been met with approval, particularly around the fast-tracking of young talent and the formation of a CA XI to play in the one-day competition, but Chappell remained a voice of experience at a time of considerable change. In an interview with cricket.com.au last year to mark his 70th birthday, he was asked what he would like his legacy to be. “Someone who cared for the game,” he said.