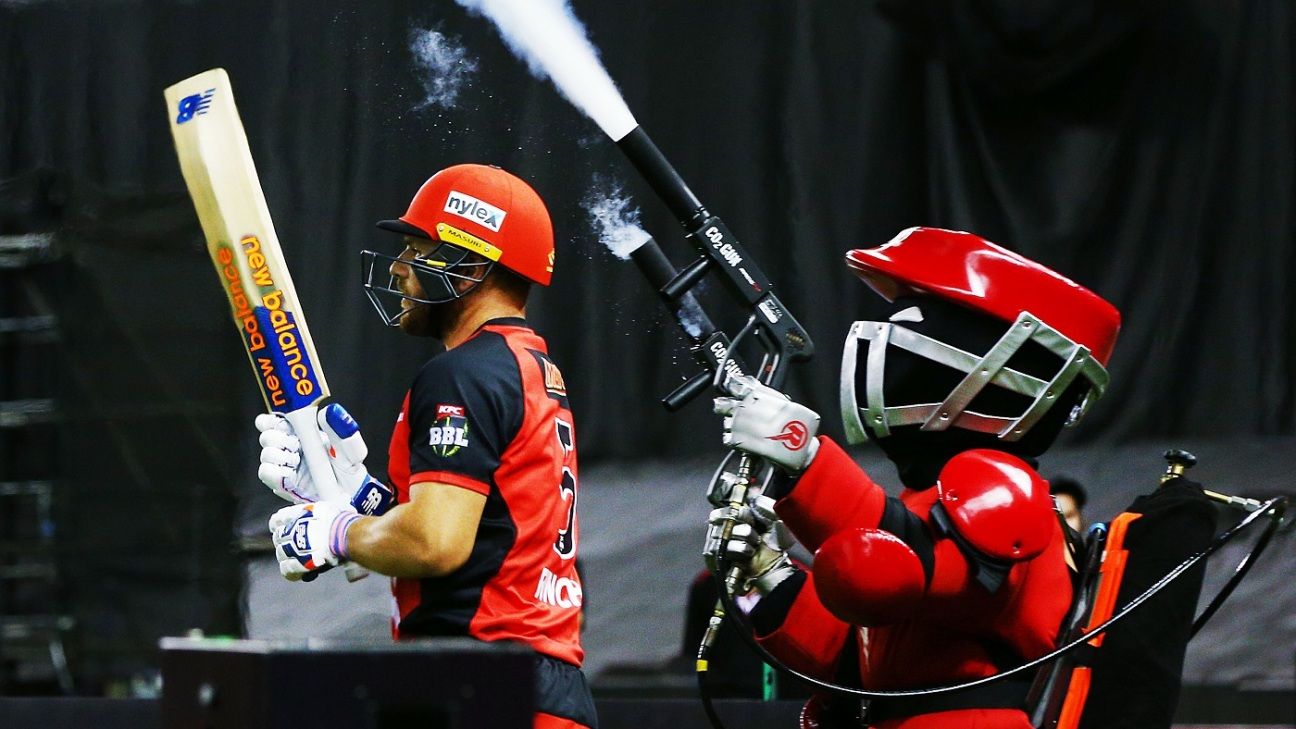 It seems appropriate that a Big Bash League venue is sponsored by the Marvel franchise.

A place where the “League of Heroes” can show off their super-human hitting ability in an indoor stadium purpose-built for fan engagement.

(Full disclosure: Marvel and ESPNcricinfo are both part of the Walt Disney family.)

Yet this season, Marvel Stadium, otherwise known as Docklands in Melbourne, has been the BBL’s version of Magneto, completely disarming batsmen of their power-hitting ability, keeping scores to a minimum and creating matches of chaos.

The average runs per wicket this season at Marvel Stadium has been 17.13, compared to 24.24 in all matches played there, and the runs per over is just 6.43 down from 7.74. The highest first innings total in five matches this season has been 145, but at the same time scores of 140 and 132 have been easily defended.

It is no surprise that the leading wicket-taker of the tournament, Kane Richardson, has no issue with the surface.

“I love playing there,” Richardson said. “I know a few blokes have said the wicket hasn’t been up to scratch. I love bowling there obviously. It hasn’t been as high-scoring as other grounds but as a bowler that’s perfect.”

This at a ground that just two years ago produced a game where two teams combined for 445 runs, and the Hobart Hurricanes successfully chased 223.

The major issue is the state of the drop-in trays. Like the MCG down the road, the technology at Marvel Stadium is 20 years old, and they are the same trays that were used for the first internationals at the venue back in 2000.

The inability to retain moisture in the trays is the same as the MCG. The trays can dry out very quickly, producing a mosaic-type effect on the surface, which becomes low and slow with no moisture. Alternatively, too much moisture, when the roof is closed due to inclement weather, can mean the ball seams and skids. In both scenarios, bowlers can take advantage by targeting the stumps.

“I think traditionally you just try and bowl top of the stumps at Marvel, that’s the most effective length,” Richardson said. “Usually at grounds that are quite high scoring that’s the opposite, you’re trying not to bowl there. That’s the only difference.”

Batsmen have talked about how difficult it is to score from balls on the stumps, with no ability to trust the length as balls skid on. Add that to the heavy sand-based outfield and generating enough pace to find the boundary even off bad balls, or simply stretch outfielders for twos in the middle overs particularly square of the wicket, becomes very difficult.

The other issue this season has been that there was a distinct lack of preparation time between the pitches being dropped in and the first game. It is understood the surfaces, which are dropped into place in two halves and joined together, were laid slightly unevenly forcing the curators to do a lot of cross-rolling.

“You may as well set up bowling machines and concrete if you want it to be the same all around the parks. Each ground is subtly different.”

The result has been a mixed bag of tracks. Perth Scorchers were bowled out for 103 in the first match of the season and had the Renegades 4 for 17 in the chase. In the second game, Sydney Sixers defended 132 with ease as the Renegades crumbled to 9 for 99.

The Renegades captain Aaron Finch did not blame the surface entirely for his team’s low scoring this season. They have averaged just 19.74 runs per wicket for the season, the lowest of all eight teams. He also believes the semi-final track on Friday night will be fine.

“I think it will be a pretty good wicket,” Finch said. “There has been a lot of talk about it here. But I think after the initial couple of games the curator has got it right. There’s been a couple of times where we’ve probably over-clubbed and looked for that 170-180 score when in reality it might be a 160 wicket, and left ourselves a few short. I’m confident it will be a pretty good wicket.

“I just went out and had a look at it before. It looks like it has got a bit of moisture in it. It’s obviously fine today and fine tomorrow so I assume the roof will be off. I don’t know that for sure. We’ve seen when that happens the wicket can dry out during the day so not unexpected that it’s got a little bit of extra moisture in it at the moment.”

This season has been second-lowest scoring tournament in BBL history, and the middle overs scoring has been the lowest of any season. It is also only the second time in competition history no team has scored 200 in an innings.

A lot of blame has been placed on the surfaces, particularly the different drop-ins around the country. But Sixers spinner Steve O’Keefe believes the variety isn’t a bad thing.

“I think it’s been good all-round the country,” O’Keefe said. “It’s been a different contest in different places that you go and you don’t mind that. You may as well set up bowling machines and concrete if you want it to be the same all around the parks. Each ground is subtly different.”

Every superhero needs a villain. The struggle between bat and ball is T20’s Infinity War. But when only one side can show off their superpowers, is it a battle worth watching?