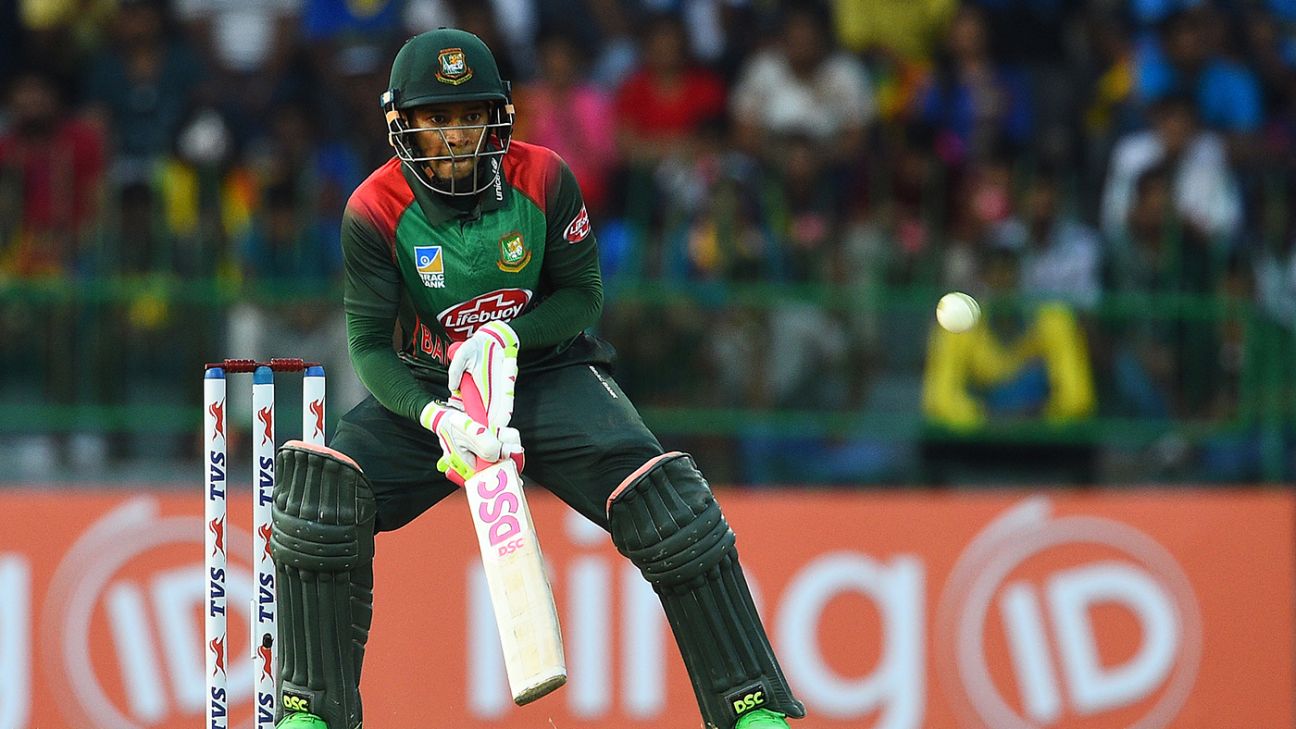 Mushfiqur Rahim and Bangladesh have had a complicated relationship with India. There was the 2016 T20 World Cup match where he celebrated too early only for Bangladesh to lose by one run. Then came India’s semi-final loss to West Indies the following week, where Mushfiqur taunted India on social media. Two years later came the Nidahas Trophy, where Bangladesh were denied the title thanks to Dinesh Karthik’s heroics. And finally, last year, there was the Asia Cup final, where India beat Bangladesh off the final ball.

So when Bangladesh finally crossed the line for the first time against India in T20Is, partly thanks to Mushfiqur’s 43-ball 60 in Delhi, the big question was whether he had finally exorcised his ghosts against India.

“Not really,” he told Star Sports before elaborating that it was simply the game situation that had spurred him on. “When you are playing in front of a huge crowd, and when the team needs it the most, then nothing more feels special (than helping the team cross the line). I feel really good. It’s a great honour to play India in India.”

That Bangladesh cruised to victory was courtesy a 60-run third-wicket stand between Mushfiqur and Soumya Sarkar. Together, they rescued the team from 54 for 2 to chase down a target of 149 in fairly demanding conditions.

“Me and Soumya had a chat,” Mushifqur said. “Because the pitch wasn’t easy and spinners were getting purchase from the surface, we thought we can take the game deep and that we needed one big over.

“We knew one 16-20 run over off any of the quicks would close the game. Luckily we had that in the second-last over (off Khaleel Ahmed). That was crucial over, but Soumya played well. So did Liton and Naim.

As for what Mushfiqur’s plans are with T20 cricket, given he is one of the few Bangladesh players to play all three formats, the wicketkeeper said: “I am trying my level best to improve as a cricketer. T20 cricket belongs inside me. I am trying to learn each and every day, and want to do more for Bangladesh.”