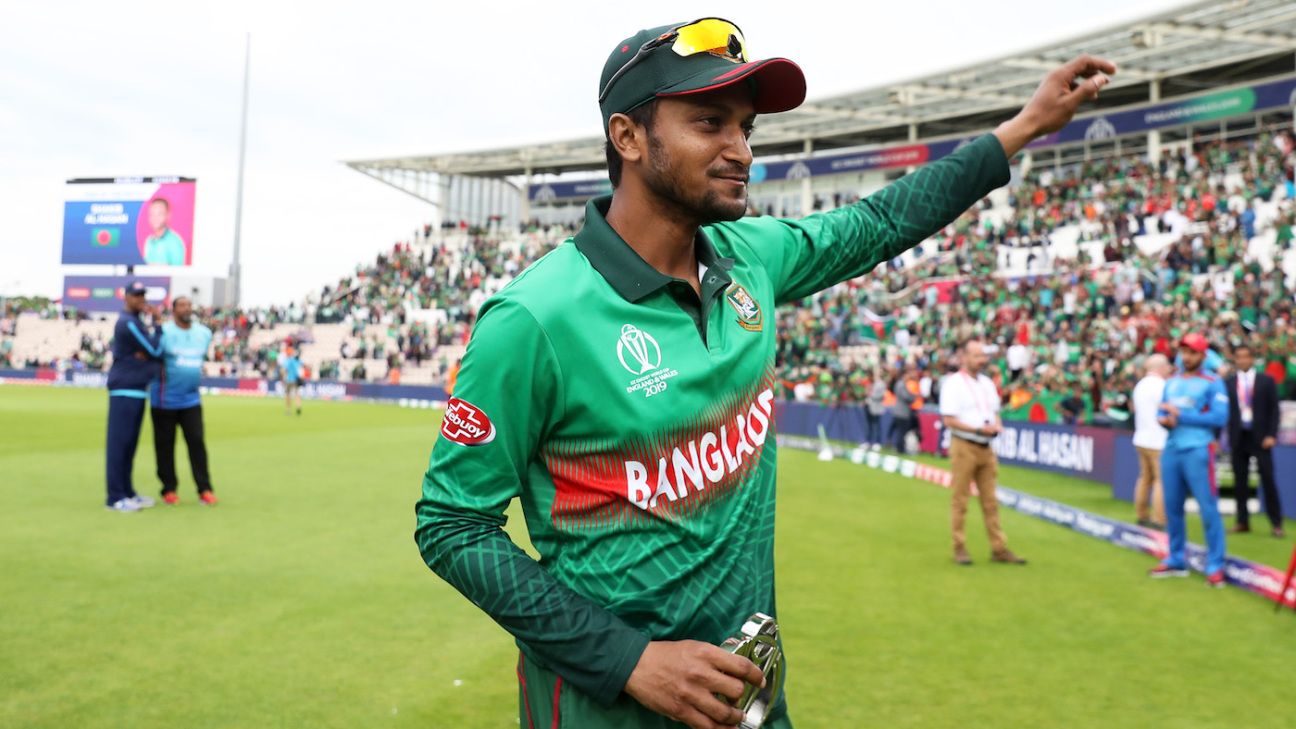 At 12.45pm on Monday, Bangladesh’s cricketers decided to hold a press conference in Mirpur. They arrived near the Shere Bangla National Stadium’s indoor facilities around 2.30pm, and then walked around the back to reach the Academy ground. They lined up, and asked the reporters and cameramen to gather themselves quickly. They had a lot to say.

This was the moment of truth that some of Bangladesh’s top cricketers had strenuously prepared for the past three weeks, and a press conference at least two decades in the making.

Naeem Islam, who played eight Tests and 59 ODIs between 2008 and 2014 before becoming a domestic stalwart, began with the word “respect”.

It is a big word, and it is something that every athlete craves, perhaps more than money or fame. But it has been in short supply in Bangladesh cricket for a very long time. This is common knowledge and it was the cause of, and the common thread in, their 11-point list of demands

“Their initial plan to announce the strike on October 16 was postponed as Shakib had to play the CPL final. Had the strike started that day, they would have boycotted the October 17 NCL matches and a no-show would have meant utter chaos”

The BCB’s decision last month to do away with the BPL’s franchise-based model for the 2019-20 season meant that, automatically, the domestic players’ earnings from the T20 league was reduced drastically. The reason behind the decision was flimsy: Shakib Al Hasan’s move from Dhaka Dynamites, which is owned by the company which employs the BCB chief Nazmul Hassan, BPL secretary Ismail Haider Mallick and board director Khaled Mahmud, to Rangpur Riders.

The decision also undid the transfers of Tamim Iqbal, Mushfiqur Rahim and Shane Watson and, with the reduction in pay, the axing of the franchise-model hugely affected domestic cricketers. Keep in mind, the BCB had already reduced their earning capacity by putting in place a draft for the Dhaka Premier League for the last several seasons.

Then came the board’s decision to allow, in the NCL, only those cricketers who passed an enhanced fitness test – which, for good measure, was announced only two weeks before the league began. This upset the players – they felt it could have been communicated during the pre-season and perhaps they could have been given more facilities to reach the required fitness levels.

So around two weeks ago, discussions began in earnest about how best to tackle their issues. The players’ outrage at the board’s treatment slowly gave way to more organised thinking, as they noted down the several points that needed to be addressed.

Their initial plan to announce the strike on October 16 was postponed as Shakib had to play the CPL final, which delayed his return to Dhaka. Had the strike started that day, they would have boycotted the October 17 NCL matches and a no-show would have meant utter chaos.

They used the three extra days to get more organised. Shakib meanwhile delivered stinging interviews to local newspapers that sent tongues wagging but didn’t really draw a reaction from the cricket board. It seemed they had no idea of what was coming.

They planned the press conference to be a complete surprise, giving the media two hours to gather in Mirpur and, by the time the BCB officials got wind of something happening, the players were well on their way to the Academy ground as a group.

The press conference lasted only 13 minutes, but it contained more truth than any other from the past. While the headline points were the demands for enhanced salaries, there was a wider one being made: the need for systemic changes.

They wanted fresh elections in CWAB, the players’ body, which has been run by the same committee for the last ten years. Naimur Rahman is its president, Khaled Mahmud its vice-president and Debabrata Paul the general secretary. All of them are very much part of the BCB. Naimur and Mahmud are board directors while Paul is employed as the match referees’ coordinator.

The players brought to attention the debilitating effects of biased umpiring in the lower rungs of the Dhaka league system. This is another open secret in Bangladesh cricket, but no one has dared to speak about it because many of these beneficiary clubs are run by powerful BCB directors. The players said such one-sided, pre-fixed matches would ruin the cricketers’ pipeline.

They mentioned the need for improved facilities across the country, especially in venues where first-class sides are based. They also wanted increased money for food and travel. These are among the most basic things that a cricket board must do for its players.

The players also said that women cricketers, groundsmen, local coaches, umpires, physios and trainers were also under their umbrella, making their call for strike even stronger.